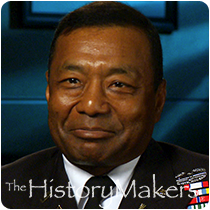 "Upon the fields of friendly strife are sown the seeds that upon other days and other fields will bear the fruits of victory. - General Douglas MacArthur"

U.S. Army Lieutenant General Thomas P. Bostick was born on September 23, 1956 in Fukuoka, Japan. Bostick was raised in a family with a strong military background. His father was a retired U.S. Army Master Sergeant; his father-in-law, a U.S. Marine Corps Sergeant Major; and his brother, a U.S. Army Colonel. Bostick graduated with his B.S. degree from the U.S. Military Academy at West Point in 1978. He received his M.S. degree in civil engineering and his M.S. degree in mechanical engineering from Stanford University in 1985. Bostick’s military education includes the U.S. Army Engineer School, the U.S. Army Command and General Staff College, and the U.S. Army War College.

In 1978, Bostick was commissioned into the U.S. Army as a second lieutenant and was then assigned to the 54th Engineer Battalion in Wildflecken, Germany where he served in a variety of capacities until 1982. Upon returning to the United States, Bostick studied at the U.S. Army Engineer School and Stanford University before becoming an instructor of mechanical engineering at the U.S. Military Academy at West Point in 1985. He was also a White House Fellow in 1989 and 1990, serving as a special assistant to the Secretary of Veterans Affairs.

In 1990, Bostick was assigned to the U.S. Army in Europe in Heidelberg, Germany, and then as an engineer operations staff officer in the First Armored Division in Baumholder and then again in Bad Kreuznach, Germany. He reported to Washington, D.C. in 1993 and served as the executive officer to the Chief of Engineers and then as battalion commander of the 1st Engineer Battalion. Bostick was deployed again from 1997 to 1999 and commanded the Engineer Brigade of the First Armored Division, which included participation in peacekeeping operations in Bosnia and Herzegovina. In 1999, he was assigned as executive officer to the Chief of Staff of the Army, and served on the Joint Staff during the events of September 11, 2001 in the National Military Command Center. Bostick then deployed to Iraq as assistant division commander, 1st Cavalry Division, before serving as the Commanding General of the Gulf Region Division during Operation Iraqi Freedom. He later served as the Commanding General of the U.S. Army Recruiting Command Center at Fort Knox, Kentucky; and, in 2010, was named director of personnel for the Army in the Pentagon. On May 22, 2012, Bostick became the 53rd U.S. Army Chief of Engineers and Commanding General of the U.S. Army Corps of Engineers, making him only the second African American to serve in that position.

Bostick and his wife, Renee Bostick, live in Washington, D.C. They have one son, Joshua.

Lt. Gen. Thomas P. Bostick was interviewed by The HistoryMakers on August 9, 2013.