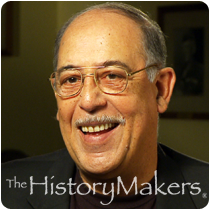 "Ignorance Can Be Fixed, Stupidity Is For Life."

United States Army Lieutenant General (Retired) Russel L. Honoré, was born in September 15, 1947 to Udell and Lloyd Honoré in Lakeland, Louisiana. Honoré was the eighth of twelve children. Raised on a subsistence farm in Pointe Coupee Parish, Louisiana, Honoré was taught to value hard work. Honoré attended Southern University and A&M College in Baton Rouge, Louisiana, where he earned his B.S. degree in vocational agriculture. After completing ROTC training at Southern University, Honoré entered the U.S. Army as an Infantry Officer for the United States Army Combat Development Command in 1971.

During his 37 year career in the United States military, Honoré held a variety of positions and served in a number of commanding and supervisory positions, including Instructor at the United States Army Armor School; Commander for the C Company, 4th Battalion, 5th Infantry; and Assistant G-1 (Personnel) for the 1st Infantry Division (Forward), United States Army Europe and Seventh Army. In 1989, Honoré became the commander for the 4th Battalion, 16th Infantry, 1st Infantry Division (Forward) in support of Operations Desert Shield/Storm. Between 1999 and 2000, Honoré served as the Vice Director for Operations for the Joint Staff, where he supported the Department of Defense planning and response for Hurricane Floyd, as well as the United States’ military response to the devastating flooding in Venezuela (1999) and Mozambique (2000).

In 2004, Honoré became the 33rd commanding general of the U.S. First Army at Fort Gillem, Georgia. In this position, Honoré coordinated the U.S. military’s preparedness and response to Hurricane Charley, Frances, Ivan, and Jeanne. When Hurricane Katrina struck the Gulf Coast in 2005, Honoré was designated commander of Joint Task Force Katrina. Honoré’s arrival in New Orleans came after what was widely believed to be a poor performance by the Federal Emergency Management Agency (FEMA). Honoré gained media celebrity and accolades for his apparent turning around of the situation in the city as well as his gruff management style which contrasted with what many felt were the empty platitude of civilian officials.

Following his retirement from the military on January 11, 2008, Honoré declared that he would spend the second half of his life committed to creating a culture of preparedness in America. In this regard, Honoré joined The Gallup Organization as a Senior Scientist; the faculties of Emory University’s Rollins School of Public Health and Nell Hodgson School of Nursing. Honoré also served as a CNN Preparedness contributor. Since 2008, Honoré has worked as a public speaker with Keppler Speakers out of Arlington, Virginia. In 2009 he wrote a popular radio segment entitled “Work is a Blessing” for National Public Radio (NPR)’s program, This I Believe. Honoré has published many written works including his 2009 book, Survival: How a Culture of Preparedness Can Save You and Your Family from Disasters and soon to be published, War Stories: Leadership in the New Normal.

Honoré lives in Baton Rouge, Louisiana with his wife Beverly.

Russel Honoré was interviewed by The HistoryMakers on February 29, 2012.