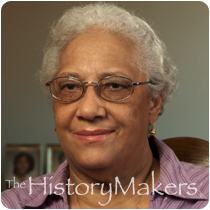 Mary Lovenia DeConge was born on October 3, 1933, in Wickliffe, Louisiana, to Adina Rodney and Alphonse Frank DeConge. Her family was Creole, and she was bilingual speaking both English and French. In 1943, The DeConge family settled in Baton Rouge, Louisiana, and six years later, at the age of 16, DeConge was called to the Order of the Sisters of the Holy Family. She took her permanent vows as Sister Mary Sylvester DeConge in 1957.

Lovenia DeConge-Watson was interviewed by The HistoryMakers on June 9th, 2010.