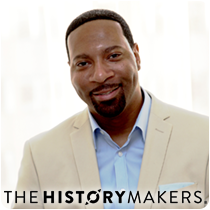 See how Love Whelchel, III is related to other HistoryMakers

Upon graduation, Whelchel was hired by New Leaf, Inc., a small publishing and distribution company. New Leaf eventually promoted him to a management position in the human resources department. In 1996, Whelchel began to work for the Atlanta Centennial Organizing Committee and the 1996 Olympic Games. Whelchel worked in managerial positions for several major corporations from 1996 to 2011, such as Top of the World and Global Conductor. Between 2004 and 2011, he worked in human resources at TBWA/Chiat/Day and Young and Rubicon Advertising Agency. There, Whelchel focused on issues of diversity and inclusion; especially, hiring and retaining minorities in upper-level management and executive positions.

Love Henry Whelchel, III was interviewed by The HistoryMakers on 07/31/2012.

See how Love Whelchel, III is related to other HistoryMakers
Click Here To Explore The Archive Today!