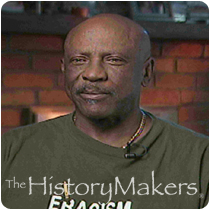 See how Louis Cameron Gossett, Jr. is related to other HistoryMakers
Donate Now

Actor Louis Cameron Gossett, Jr. was born May 27, 1936 in Sheepshead Bay, Coney Island to Hellen Rebecca Wray Gosset and Louis Gossett Sr.. Gossett’s Brooklyn neighborhood nurtured activists and artists like Gustav Blum, Harvey Keitel, Neil Simon, Neil Diamond and Arthur Miller. Gossett attended PS 135 and was student body president of Mark Twain Junior High School (PS 209). When Gossett acted in a production of You Can’t Take It With You at Abraham Lincoln High School, talent scouts picked him for Broadway’s Take A Giant Step, for which Gossett won the Donaldson Award in 1952 for best newcomer to theatre. In 1954, he appeared in Desk Set with Shirley Booth. After graduation Gossett received a basketball scholarship to New York University. The 6’4” Gossett, who also pitched against Sandy Koufax, was drafted by the New York Knickerbockers in 1958.

Deciding to forego sports for acting, Gossett studied at The Actors Studio with John Sticks and Peggy Fury. In 1961, Gossett’s acting skills were soon noticed when he was cast in the Broadway production and movie Raisin in the Sun. He was also in the all-star cast of 1961’s The Blacks that featured James Earl Jones, Cicely Tyson, Roscoe Lee Brown and Maya Angelou. Gossett later went on to appear in small television roles including: The Bush Baby and Companions in Nightmare. Gossett briefly tried his hand at folk singing before he got his first big movie role in The Landlord with Diana Sands. Gossett has appeared in over 50 movies and hundreds of television shows between 1971 and 1999. Some of the more popular shows he appeared in ( listed in chronological order) are: Skin Game , The Deep , Don’t Look Back: The Story of Leroy “Satchel” Paige , Sadat , Finders Keepers, Enemy Mine, Firewalker , Iron Eagle, A Gathering of Old Men , The Principal, The Father Clements Story ,Diggstown , Return to Lonesome Dove , Curse of the Starving Class , A Good Man in Africa , Ray Alexander , Captive Heart: The James Mink Story , Y2K , and Lackawanna Blues . Gossett was awarded an Emmy for his portrayal of “Fiddler” in Alex Haley’s miniseries Roots (1977). He won a Golden Globe Award for HBO’s The Josephine Baker Story (1991) and an Academy Award for best supporting actor for his portrayal of Sergeant Emil Foley in An Officer and a Gentleman (1982).

Gossett’s community involvement began in 1964, when he received a grant with James Earl Jones and Paul Sorvino to begin a theatre group for trouble bound youth. Gossett, who often plays strong role models, frequently speaks to youth groups about manhood, drugs and life. Gossett also partnered with Father George Clements to develop Shamba Centers to teach African American history and culture. Eracism is a non-profit that Gossett developed in an effort to combat racism in America and abroad. In 2005, he sponsored a Los Angeles anti-violence effort called One Summer of Peace.

Louis Gossett, Jr. was interviewed by The HistoryMakers on March 30, 2005.

See how Louis Cameron Gossett, Jr. is related to other HistoryMakers
Donate Now
Click Here To Explore The Archive Today!