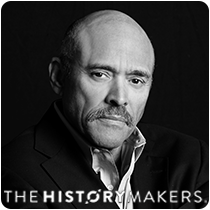 Artistic director Louis Bellamy was born on March 10, 1944 in Chicago, Illinois to ElVeeda Luckett Bellamy and James Kirk. Bellamy graduated from Saint Paul Central High School in 1962, and received his B.A. degree in psychology and sociology at Minnesota State University, Mankato in 1967. He later earned his M.A. degree in theater arts at the University of Minnesota, Twin Cities in 1978.

Bellamy founded The Penumbra Theatre Company in 1976 in St. Paul, Minnesota. Under Bellamy’s leadership, Penumbra produced thirty-nine world premieres, including an early production of August Wilson’s Jitney! in 1982. Bellamy went on to work for the theater and dance department at the University of Minnesota in 1979, while continuing to direct Penumbra. Bellamy became an associate professor of theatre at the University of Minnesota in 1994. He taught classes on the history of African Americans in American theatre and contemporary Black theatre, as well as courses in acting, directing and oral communication. Bellamy advocated for the creation of the August Wilson Fellowship in dramaturgy and literary criticism at the University of Minnesota, providing graduate students with support, mentorship and practical experience. Bellamy also directed plays at Arizona Theatre Company, Denver Center for the Performing Arts, Signature Theatre, Oregon Shakespeare Festival, The Cleveland Play House, Indiana Repertory Theatre, The Guthrie Theater, The Kennedy Center, and Hartford Stage Company. After thirty-two years of teaching, Bellamy retired in 2011 from his position with the University of Minnesota. In 2014, the board of directors of Penumbra Theatre Company appointed his daughter, Sarah Bellamy, as the theater's next artistic director. Bellamy then served as emeritus artistic director.

Bellamy was honored with the IVEY Lifetime Achievement Award in 2005, and named Distinguished Artist by the McKnight Foundation in Minneapolis in 2006. Bellamy received an Obie Award for directing a 2007 New York production of August Wilson's Two Trains Running. In 2017, he was the recipient of the Kay Sexton Award in recognition for his career as a teacher, mentor, director and promoter of African American literature.

Bellamy and his wife, Colleen Bellamy, are the parents of two adult children, Sarah and Lucas.

Lou Bellamy was interviewed by The HistoryMakers on June 19, 2018.