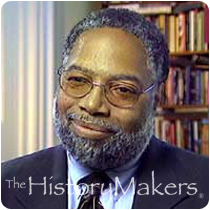 See how Lonnie Bunch is related to other HistoryMakers
Donate Now

Historian and educator Lonnie G. Bunch was born November 18, 1952, in Newark, New Jersey. After graduating from Belleville High School in 1970, Bunch enrolled in Howard University and later transferred to the American University in Washington, D.C. Bunch stayed at American, earning his B.A. degree in 1974; his M.A. degree in 1976; and his Ph.D. in 1979. Bunch's degrees were in the fields of American and African American history.

While working on his doctorate, Bunch went to work for the Smithsonian Institution as an educator and historian. After earning his Ph.D., Bunch took a position with the University of Massachusetts as a professor of history, where he remained until 1983. Crossing the country, Bunch became the founding curator of the California African American Museum in Los Angeles in 1983, and remained there until 1989. From there Bunch went on to become the associate director for curatorial affairs at the National Museum of American History, a position he retained until 2000. In 2001, Bunch became the president of the Chicago Historical Society, one of the oldest history museums in the nation.

See how Lonnie Bunch is related to other HistoryMakers
Donate Now
Click Here To Explore The Archive Today! 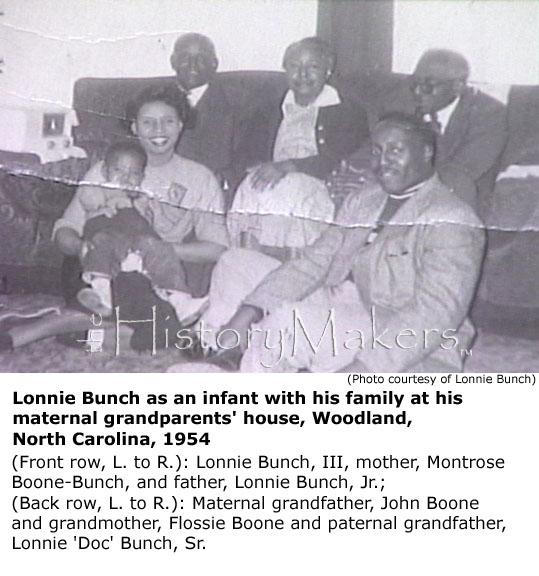 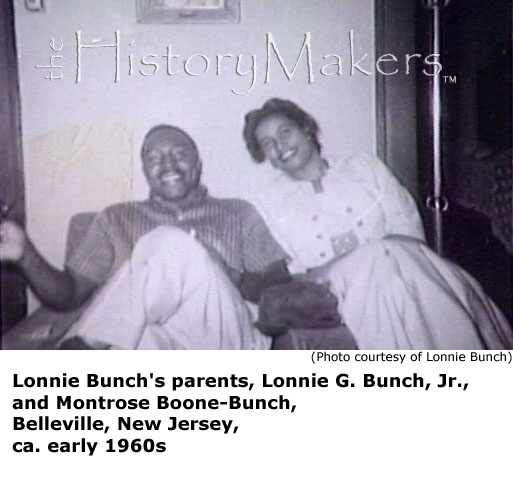