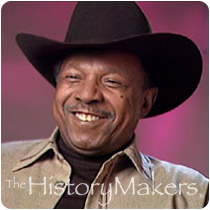 Lee Baker, Jr., also known as legendary blues singer and guitarist Lonnie Brooks, was born in Dubuisson, Louisiana on December 18, 1933 to Lillian Baker, a housewife, and Baker, Sr., a cotton field laborer. His grandfather, “Joe the Banjo,” was a circus strongman, musician and craftsman, and Brooks’ interest in music was fostered early on from him. Brooks left school after completing the eighth grade, and went to live with his father. In 1950, Brooks left Dubuisson for southern Louisiana, got married and relocated to Port Arthur, Texas.

While in Port Arthur, Brooks was approached by one of his musical heroes, Clifton Chenier, about performing with him. Brooks played everything from Zydeco and rock and roll to jazz and country, performing under the name of “Guitar Junior.” In 1959, Brooks joined up with Sam Cooke on a caravan tour of the south, and then hitched a ride to Chicago where he moved in with Cooke’s mother and brother. By the early 1960s, Brooks dropped the “Guitar Junior” name in favor of his current moniker, performed with Jimmy Reed and incorporated the sounds of Chicago in his performance. During the 1960s and 1970s, Brooks worked in a number of tough Chicago clubs, playing cover songs for underworld gangsters.

Brooks’ big break came in 1978 when he recorded four songs on Alligator Records’ Living Chicago Blues anthology. The following year, Brooks released the album Bayou Lightning, which garnered him a Grand Prix Award, causing him to explode onto the blues scene. His distinctive sound, forged from a combination of Chicago blues, R & B, country and Cajun boogie, came to be known as the “voodoo blues.” Brooks developed a loyal following when he released his Grammy nominated Bayou Lightning Strikes: Live from Chicago, and since then, there have been several successful albums.

Brooks performed at the San Francisco Blues Fest and the Montreux Jazz Festival. With television appearances on Hee-Haw and Late Night with David Letterman, Brooks teamed up with Dan Aykroyd and John Goodman in the Blues Brothers 2000. He also co-authored Blues for Dummies and headlined the 1996 Chicago Blues Fest. Brooks was also often found performing with his two guitar-playing sons, Ronnie and Wayne.

Brooks and his wife, Jeannine, lived in Chicago.