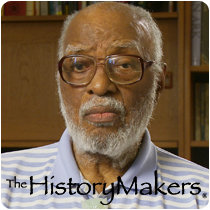 Chemist and chemistry professor Lloyd Noel Ferguson was born on February 9, 1918 in Oakland, California to Noel Ferguson, a businessman, and Gwendolyn Ferguson, a house maid. Ferguson’s interest in chemistry began when he was a child. He built a shed in his backyard so that he could conduct experiments away from his house. Ferguson skipped two grades, and although an illness kept him out of school for a year, he was able to graduate from Oakland Tech High School in 1934, when he was just sixteen. After high school, Ferguson worked with the Works Progress Administration and soon thereafter, the Southern Pacific Railway Company as a porter to save money to attend college. In 1936, Ferguson became the first in his family to attend college, and he earned his B.S. degree with honors in chemistry from University of California, Berkeley in 1940. Ferguson then earned his Ph.D. degree in chemistry from University of California, Berkeley in 1943, making him the first African American to do so. While at Berkeley, Ferguson worked with Dr. Melvin Calvin on a national defense project, the purpose of which was to find a material that would release oxygen for use in a submarine if it was ever needed.

In 1945, after working at North Carolina Agricultural and Technical College in Greensboro, North Carolina, Ferguson received an offer to join the faculty of Howard University in Washington D.C. He became a full professor of chemistry at Howard University in 1955, and in 1958 Ferguson became the head of the chemistry department. During his tenure, Ferguson was instrumental in building the first doctoral program in chemistry at any historically black college or university. In 1952 he was elected to the prestigious American Chemical Society. In 1965, Ferguson joined the faculty of California State University, Los Angeles, where he chaired the department of chemistry from 1968 to 1971. Throughout his academic career, Ferguson pursued many scientific interests including: the chemistry of carbon-based molecules, the organic nature of taste sensations, and cancer-causing agents. Ferguson received the California State University CSU Outstanding Professor Award in 1974 and in 1981. In 1976 Ferguson received the Distinguished American Medallion from the American Foundation for Negro Affairs. Ferguson was the only African American to receive an ACS award in chemical education in 1978. He has published seven textbooks and has written over fifty journal articles. He has also helped to develop programs such as Support of the Educationally and Economically Disadvantaged and the Minority Biomedical Research Program that encourage young minority students wishing to pursue higher education and careers in science. In 1972, Ferguson co-founded the National Organization of Black Chemists and Chemical Engineers. He retired from California State University in Los Angeles in 1986.

Ferguson has a scholarship named after him at the California State University, Los Angeles. He received an honorary Ph.D. degree in chemistry from Howard University. Ferguson is married to Charlotte Welch, and they have raised three adult children, Lloyd, Jr., Stephen, and Lisa.

Lloyd N. Ferguson was interviewed by The HistoryMakerson April 25, 2011.