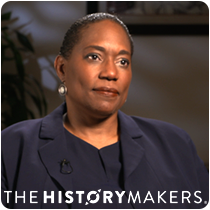 See how Lisa Tatum is related to other HistoryMakers
Donate Now

Lawyer Lisa Tatum was born on July 11, 1969 in Chicopee Falls, Massachusetts. She graduated in 1987 from Incarnate Word High School in San Antonio, Texas and received her B.A. degree in government in 1991 from Smith College, in Northampton, Massachusetts. As a law student, Tatum was inducted as a national member into the Order of Barristers. She obtained her J.D. degree from Santa Clara University School of Law, in Santa Clara, California.

In 1995, Tatum worked as an associate with Escamilla & Poneck, Inc. in San Antonio, Texas. She then served as a Bexar County assistant criminal district attorney in San Antonio, where she prosecuted over 100 cases from 2000 to 2006. From 2006 to 2011, she served as managing associate at Dallas-based West & Associates L.L.P.and then in 2011, she established LM Tatum, PLLC. Where she focused on corporate, labor and employment and public finance law. She was the first woman and African American to be named president of the State Bar of Texas from 2013 to 2014.

Tatum has held memberships in numerous organizations including the San Antonio Bar Association, the American Bar Association and the National Bar Association. Tatum has served on the State Bar of Texas Board of Directors’s executive budget, audit & finance committees. She has also served as co-chair and chair of the Discipline and Client Attorney Assistance Program Committee, and as vice chair of the Commission for Lawyer Discipline. She was a past president and former director of the San Antonio Black Lawyers Association, past chair, former vice chair and member of the African American Lawyers Section of the State Bar, and a member of the Bexar County Women’s Bar Association.

Tatum was voted one of the Texas Rising Stars 2007 in Texas Super Lawyers and Texas Monthly (April 2007). Lisa was a Leadership San Antonio graduate and a lifelong supporter of the YMCA. She has served as a Rotarian and active in local chambers. She received recognition as Outstanding Third Year Director of the State Bar of Texas in 2010. She received the American Bar Association Solo, Small Firm and General Practice Division 2014 Difference Makers Award for making a difference through community service.

Lisa Tatum was interviewed by The HistoryMakers on June 5, 2018.

See how Lisa Tatum is related to other HistoryMakers
Donate Now