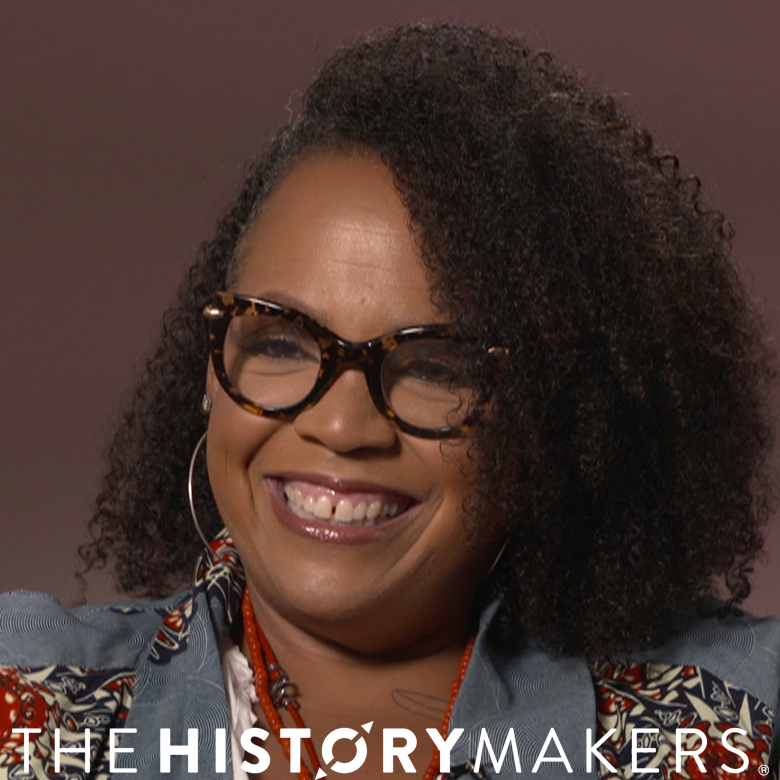 See how Lisa Price is related to other HistoryMakers

Beauty products entrepreneur Lisa Price was born on May 18, 1962 in Brooklyn, New York. She is the founder of Carol’s Daughter, one of the first African American-owned product lines with a flagship store. During her childhood, she remembers the smell of the soap her grandmother made at their Brooklyn brownstone. Price attended public schools in New York, where she received her high school diploma.

In 1990, Price began making creams and lotions based on natural materials in her kitchen. Encouraged by family members and friends, she began Carol’s Daughter from her home in 1993. Her customers soon multiplied. By 1999, Price added mail-order, website and walk-in customers and her business moved from the parlor floor of her brownstone to a formal store in Brooklyn’s upscale Fort Greene area.

Supported by a staff of twenty-three, the Carol’s Daughter line boasts more than 300 aromatic products for the face, hair, body and home. Her clientele include celebrities like Jada Pinkett Smith, Will Smith, Halle Berry, Chaka Khan and Oprah Winfrey. In 2002, Carol’s Daughter grossed more than $2.25 million in sales. In 2004, Price along with Hillary Beard wrote her memoir, entitled Success Never Smelled So Sweet: How I Followed My Nose and Found My Passion. In 2005, a group of investors assisted her in opening a flagship store in Harlem on 125th Street.

Price makes time to give back to the community. Carol’s Daughter donates monies, goods and services to not-for-profit organizations including the Arthur Ashe Foundation, Hale House, and the September 11th Fund. Her college speaking engagements and seminars encourage others to become entrepreneurs. Carol’s Daughter’s products are distributed nationwide.

Price lives in the Bedford-Stuyvesant section of Brooklyn with her husband, Gordon, and sons Forrest and Ennis.

See how Lisa Price is related to other HistoryMakers
Click Here To Explore The Archive Today!