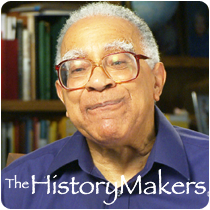 "I will study and prepare myself, then maybe, my chance will come."

Organic chemist and inventor Linneaus C. Dorman was born on June 28, 1935 in Orangeburg, South Carolina to schoolteachers John Albert Dorman, Sr. and Georgia Hammond. Raised in the Jim Crow South, Dorman’s parents sent him to the historically black South Carolina State College laboratory school. The state college afforded him a better education than he would have received otherwise and nurtured his nascent interest in science. As a child, Dorman became fascinated with his friend’s chemistry set and the idea of creating new things. When he entered Wilkinson High School in 1948, his teachers immediately recognized his natural talent in science and encouraged him to take more science courses. This led him to declare chemistry as his undergraduate major after he graduated from high school.

In the fall of 1952, Dorman enrolled at Bradley University in Peoria, Illinois. Because his father was a World War I veteran, having served in France, Dorman received a scholarship from the small, private institution and its scholarship program for the children of World War I veterans. After receiving his B.S. degree in chemistry in 1956, Dorman enrolled in the organic chemistry Ph.D. program at Indiana University. During the summers, he traveled back to Peoria, where he gained invaluable research experience as a chemist for the United States Department of Agriculture (USDA) at the Northern Regional Research Laboratory. In 1961, he earned his Ph.D. degree and took a position as a research chemist at the Dow Chemical Company in Midland, Michigan.

While Dorman has garnered a reputation for publishing many research articles in premier research journals, he has become most known for creating over twenty inventions and patents in organic chemistry and biomaterials. Many of his earliest patents involve synthesis methods in organic chemistry. In 1985, he invented a chemical compound that functioned as an absorbent that removed formaldehyde from the air. In 1992, Dorman invented a calcium phosphate biomaterial that was used in hard tissue prosthetics such as bone prosthetics in 1992. Between 1992 and 1993, he developed a new process for the controlled release of herbicides, this method became critical to crop rotation.

He joined the American Chemical Society (ACS) in 1957 and served in a number of administrative positions such as secretary, councilor, and director. Named Inventor of the Year by Dow Chemical Company in 1983, Dorman has been credited with over twenty inventions and patents in organic chemistry and biomaterials. He received the National Organization for the Professional Advancement of Black Chemists and Chemical Engineers’ most prestigious award, the Percy C. Julian Award in 1992. Although he retired in 1994, Dorman continues to work in the scientific community as a mentor. He and his wife, Phae, live in Michigan and have two children, Evelyn and John.

Linneaus Dorman was interviewed by The HistoryMakers on October 24, 2012.