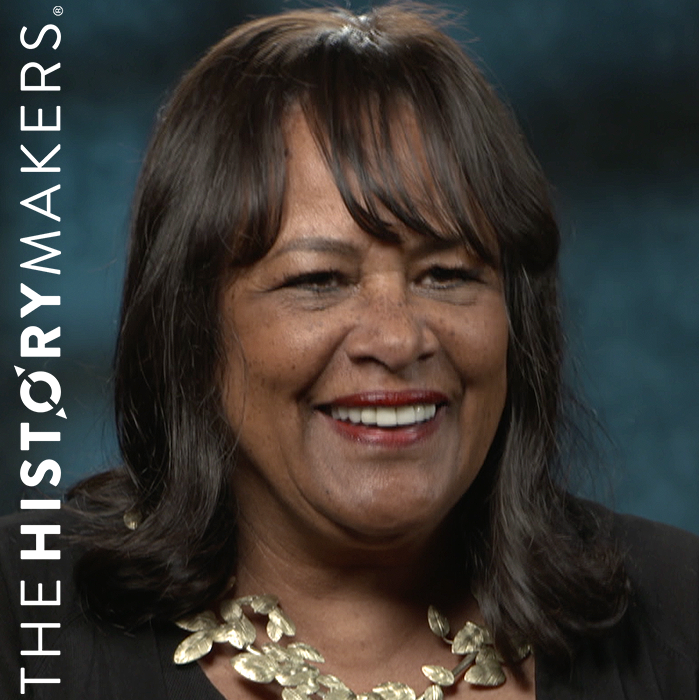 See how Linda Whitlock is related to other HistoryMakers

In 1980, Whitlock served as an instructor in the Department of Urban Studies and Planning at Massachusetts Institute of Technology and as director of the Massachusetts Government Land Bank. Three years later, she was appointed director of the Massachusetts Office of Real Property. In 1984, Whitlock joined Tufts University as an instructor in the Department of Urban and Environmental Policy. She served as vice president of Harvard Real Estate, Inc. in 1989. In 1990, she was hired by Concord Academy as assistant head for marketing and associate director of admissions. Two years later, she joined Buckingham Browne & Nichols School and became assistant head for enrollment management. From 1999 to 2008, Whitlock served as the Nicholas president and chief executive officer of Boys & Girls Clubs of Boston. In 2008, she founded and was principal of The Whitlock Group, through which she served as senior advisor to Harvard Business School Professor Michael Porter, senior advisor to John Fish, CEO of Suffolk, and strategic advisory board member of AesRx LLC.

She was a board member of numerous companies, including Cambridge Trust Company, and was the first Lead Director in 2011. She also was on the boards of the Red Sox Foundation, Brigham and Women’s Hospital, The Princeton Review, National Association of Corporate Directors New England, Museum of Afro American History, and Brandeis University.  Whitlock was co-chair of Women Corporate Directors Boston, and a member of The Boston Club’s Executive Advisory Council, the Boston Women Leaders Network, and the Boston Library Society. She was appointed to commissions by Democratic and Republican Governors and Mayors, and served as associate finance director for Dukakis for President in 1987, co-chaired Obama Victory Trustees in 2012, and was a leading national fundraiser for Hillary for America in 2016.

In 2009, Whitlock was inducted into the Academy of Distinguished Bostonians by the Greater Boston Chamber of Commerce. In 2003, she was named one of the Most Powerful Women in Boston by Boston Magazine, and was the Boston Municipal Research Bureau’s Shattuck City Champion. In 2008, she received the National Service to Youth Award from Boys & Girls Clubs of America as well as the Woman of Valor Award from the Anti-Defamation League New England. In 2011, she received the Advancing Women Award from the Boston Business Journal; and, in 2017, she received the Abigail Adams Award from the Massachusetts Women’s Political Caucus. Whitlock received honorary doctorates from Babson College, Suffolk University, and Pine Manor College.

Whitlock and her husband, Marc Cumsky, have two children, Jake and Leah, and seven grandchildren.

Linda Whitlock was interviewed by The HistoryMakers on August 23, 2019.

See how Linda Whitlock is related to other HistoryMakers