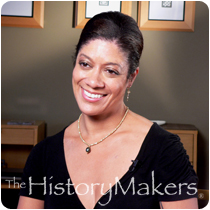 Interior designer Linda Marie Allen was born on May 3, 1961 in Los Angeles, California. Her formative years were a combination of competitive figure skating and private academic tutelage. Allen placed in all state and national competitions that she entered. In her late teens, she became one of the few blacks ever to be a feature in the Ice Capades touring troupe. After touring for awhile, Allen attended California State University in Long Beach, earning her B.S. degree in interior and environmental design. Allen’s passion for design originated in her early experiences as a professional ice skater, learning about the importance of color from the spotlights that would flash during the Ice Capades.

Allen’s career began while working for lighting design firms that focused on hotels and in Las Vegas, but soon decided that lighting was only one piece of the puzzle. She began designing offices for such clients as American Golf, and in 1996, worked as a consultant for Earvin “Magic” Johnson when he was customizing Magic Johnson Enterprises’ Beverly Hills offices. With Johnson’s encouragement, Allen ultimately began her own interior design company. Soon, Allen was selected by Walt Disney Imagineering to work in their set design department as lead designer, focusing on custom light fixtures in Disney’s theme parks, a job that would lead to further work for Disney, including the Tokyo Disney Seas theme park in Japan, and Disneyland’s California Adventure. Allen was soon designing for both office and residential clients, including a variety of high-profile entertainers. With her design experience, Allen was hired to make television appearances, including a stint on HGTV’s Designing for the Sexes and You’re Home, plus Area, the Style Network’s design program.

In 2004, Allen’s housing design tips appeared in the pages of Essence magazine, a feat she would repeat the following year. Her work has appeared in a variety of additional publications, including The Chicago Tribune, Interiors Magazine, and the Los Angeles Times, Luxe Interiors Design, Better Homes & Gardens, Interiors, the Robb Report, California Homes and Designs, and Traditional Home Magazine. In 2015, Allen was named one of the top 20 African American Designers in the United States. She also invented the Live. Anywhere. Collection, a collection of wireless table and floor lamps, for which she owns a patent.

Allen was interviewed by The HistoryMakers on November 5, 2007.