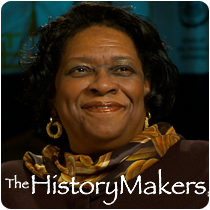 See how Linda Hayden is related to other HistoryMakers
Donate Now

Mathematician and research director Linda B. Hayden was born on February 4, 1949 in Portsmouth, Virginia to Linwood Copeland, Sr. and Sarah Vaughn Bailey. She enjoyed math as a child, particularly plotting out functions and determining their characteristics. Hayden attended Portsmouth Public Schools for her elementary and secondary education. After graduating from I. C. Norcom High School in Portsmouth, Hayden attended Virginia State University and went on to graduate from there in 1970 with her B.S. degree in mathematics and physics. In 1972, Hayden received her M.A. degree in mathematics and education from the University of Cincinnati; and, in 1983, she received her M.S. degree in computer science from Old Dominion University. Hayden earned her Ph.D. degree in mathematics and education from American University in 1988. Her doctoral thesis was titled, “The Impact of an Intervention Program for High Ability Minority Students on Rates of High School Graduation, College Enrollment, and Choice of a Quantitative Major.”

Hayden began her teaching career as an assistant professor of mathematics at Kentucky State University in 1972 where she remained until 1976. Hayden then served an an assistant professor at Norfolk State University. In 1980, she was appointed as an associate professor of computer science at Elizabeth City State University (ECSU). While there, Hayden founded, and served as director of, the Center of Excellence in Remote Sensing Education and Research (CERSER). She was promoted to full professor and named as the associate dean of the ECSU School of Mathematics, Science, and Technology in 2002. In addition, Hayden has served as a research fellow at the Department of the Army Training and Doctrine Command, and as a visiting professor at American University and the University of the District of Columbia.

Her research has been published in national and international journals such as, the Proceedings of the National Science Teachers Association and the Institute of Electrical and Electronics Engineer - Geosciences and Remote Sensing Society Joint International Conference Proceedings. Hayden was a founding member of the Eastern North Carolina Chapter of the Geosciences and Remote Sensing Society (GRSS) and subsequently served as president.

Hayden is a recipient of the Institute of Electrical and Electronics Engineers Professional Achievement Award as well as the U.S. Black Engineer Magazine Emerald Award for Educational Leadership. In 2009, the National Science Foundation presented Hayden with the Presidential Award for Excellence in Science, Mathematics, and Engineering Mentoring, and the National Association for Equal Opportunity in Higher Education presented her with the NOBLE Laureate Award.

Hayden and her husband, Lee V. Hayden Jr., live in Portsmouth, Virginia. They have one son, Kuchumbi Linwood Hayden.

Linda B. Hayden was interviewed by The HistoryMakers on February 25, 2013.

See how Linda Hayden is related to other HistoryMakers
Donate Now
Click Here To Explore The Archive Today!