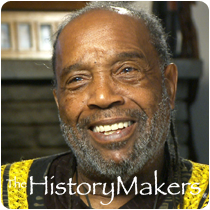 See how Lewis E. Dodley is related to other HistoryMakers
Donate Now

Youth Advocate and Motivational Speaker Lewis E. Dodley was born on December 25, 1940 in Columbus, Ohio. He graduated from East High School in Columbus and went on to attend Otterbein University in Westerville, Ohio. Dodley has received extensive training to become a Violence Prevention Certification Specialist and a Certified Chemical Dependency Counselor (CCDCIII). He is also a Certified Afrocentric National Rites of Passage Elder and Trainer.

Dodley joined Ohio’s Department of Youth Services in 1960 as a staff development trainer. Ten years later, he also began serving as director of family services for Rosemont Family Center. Dodley received his Ph.D. degree in psychology and guidance counseling from the Ohio State University in 1981. Since 1984, he has served as a trainer and consultant for Youth to Youth International, a drug and violence prevention organization. In 1987, Dodley became a project director and consultant for Salesian Boys Club. He organized the Simba Circle in 1993, a two-week male rites of passage program for African American youth, and heads the Outward Bound Program for the Simba Circle. Also in 1993, Dodley became a consultant for the Columbus Public Schools. From 2004 to 2011, he held the position of drug prevention coordinator for the Columbus Health Department. Dodley serves as a licensed counselor for the Federal TRIO Programs’ Upward Bound Program and a senior consultant for the Harambee Leadership Academy, Inc. He has over twenty years’ experience in criminal justice, children’s services, violence prevention, therapeutic intervention and drug prevention. With his expertise, Dodley is a sought-after speaker around the country including presenting at the Ohio Association of Educational Opportunity Program Personnel OAEOPP Student Leadership and Professional Conference and the S.A.V.E. (Stand Against a Violent Environment) Rapid City Youth Conference.

Dodley has been recognized for his commitment to youth issues and violence prevention including receiving the Community Against Violence and Abuse Award in 2005. He also has been recognized by the Columbus Urban League. Dodley was a member of the Raising the African-American Potential (RAAP) Leadership Committee in 2006. He has four adult children, Lewis, Traci, Mark and Kimberly.

Lewis E. Dodley was interviewed by The HistoryMakers on April 6, 2012.

See how Lewis E. Dodley is related to other HistoryMakers
Donate Now
Click Here To Explore The Archive Today!