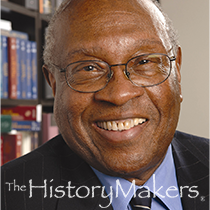 See how Lester McKeever is related to other HistoryMakers
Donate Now

Lester McKeever was born on June 15, 1934, in Chicago and was raised in the city. McKeever graduated from Douglas Elementary School and Wendell Phillips High School. He was educated at the University of Illinois at Urbana-Champaign and studied law at the Illinois Institute of Technology-Chicago Kent College of Law.

After law school, McKeever joined the accounting firm of Washington & Pittman, thus beginning a long career. In 1976, McKeever was elected to Washington & Pittman's Board of Directors as a managing partner and eventually the firm was renamed Washington, Pittman & McKeever. A passionate civic leader, McKeever has served on the Finance Committee under Chicago mayors Harold Washington and Richard M. Daley. In 1997, he made history when he was appointed chairman of the Federal Reserve Bank of Chicago. With this position he oversees bank operations in Chicago.

In 1993, McKeever was elected to the Illinois Institute of Technology's Board of Directors. McKeever is also the treasurer of the University of Illinois Board of Trustee. McKeever has served as board chairman for the Chicago Urban League and is an active member of the Metropolitan Planning Council and the Neighborhood Institute Development Corporation. His wife, Nancy, is a former Chicago public school teacher. They have two children, Steven and Susan, both of whom are lawyers.

See how Lester McKeever is related to other HistoryMakers
Donate Now
Click Here To Explore The Archive Today! 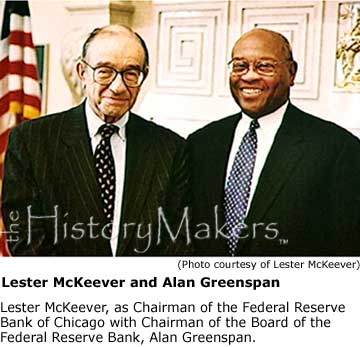