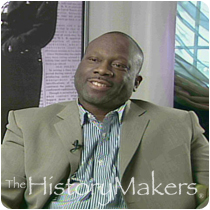 See how Lester "Les" N. Coney is related to other HistoryMakers
Donate Now

In l981, Coney taught at Potential Elementary School on Chicago’s Southside. Resigning in l982 to accept a position as Account Representative with Travelers Insurance, Coney remained with the insurance company through the merger with United Health Care in 1994. Coney served as Director of Key Accounts and National Sales Director. In 1996, Coney joined AON Insurance as Senior Managing Director and became active in Chicago’s civic community. In 2006, Coney accepted the position of Executive Vice President and Senior Managing Director for Mesirow Financial.

Coney was the first African American to serve as Chairman of Chicago’s Goodman Theater. He also served as Vice Chairman of the DuSable Museum of African American History and Founding Chair of the Congo Square Theater’s Board and Chairman of City Year Chicago. Additionally, Coney served as a Trustee at Roosevelt University, the Kohl’s Children’s Museum, the Athletes Against Drugs organization, and as the Co-Chair of the Democratic National Committee. Coney’s honors include the Leadership In Arts Award from the Business Council of Chicago in 2006; the Community Service Award by the 100 Black Men in 2005; and Crain’s Chicago Business’ Top 50 Minorities in Business in 2004. Lester N. Coney resides in Chicago’s West Loop.

Lester Coney was interviewed by The HistoryMakers on February 15, 2007.

See how Lester "Les" N. Coney is related to other HistoryMakers
Donate Now
Click Here To Explore The Archive Today!