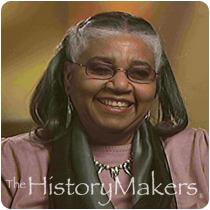 Academic administrator Leslie Ann King-Hammond was born on August 4, 1944 to Evelyne Alice Maxwell King and Oliver King. King-Hammond is of Caribbean ancestry and grew up in South Jamaica and Hollis, Queens, New York. She attended New York City Public Schools and won a full stipend-tuition scholarship by the SEEK Grant at the City University of New York, Queens College. King-Hammond accepted the scholarship, attended Queens College and graduated in 1969, earning her B.F.A. degree. She went on to earn her M.A. and Ph.D. degrees from John Hopkins University in 1973 and 1975 respectively.

King-Hammond officially started her career after finishing her undergraduate education in 1969 serving as Chairman of the Art Department for the Performing Arts Workshops of Queens, New York. She remained in this position until 1971, when she became program writer for Harlem Youth Opportunities Unlimited (HARYOU) in Harlem, New York. HARYOU-ACT, Inc. worked to increase opportunities in education and employment for young blacks in Harlem. In 1973, King-Hammond began lecturing at the Maryland Institute College of Art. By 1976, she was promoted to Dean of Graduate Studies at the Maryland Institute College of Art, a position she still holds. Between 1977 and 1981, King-Hammond served as Doctoral Supervisor for Howard University’s Department of African Studies. Between 1980 and 1982, she served as a panelist for the National Endowment for the Arts. Between 1983 and 1987, King-Hammond worked as Commissioner for the Civic Design Commission in Baltimore, Maryland. Between 1990 and 1996, she served as art consultant for the Afro-American Historical & Cultural Museum. Between 1985 and 1998, King-Hammond served as Project Director of the Phillip Morris Scholarships for Artists of Color. From 2000 to the present, she has served on the Board of Directors of the International House of Art Critics.

King-Hammond has been honored and awarded several times over during her career including the Kress Fellowship, 1974-1945; Mellon Grant for Faculty Research at the Maryland Institute College of Art, 1984; the Trustee Award for Excellence in Teaching, 1986; and the National Endowment for the Arts Award, 2001.

In 2007, King-Hammond was elected Chairman of the Board of Directors of the Reginald F. Lewis Museum of Maryland African American History and Culture.

King-Hammond was interviewed by The HistoryMakers on April 26, 2007.

See how Leslie King-Hammond is related to other HistoryMakers
Donate Now
Click Here To Explore The Archive Today!