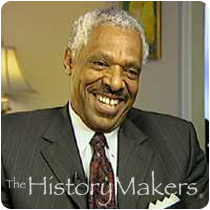 See how Leonard Haynes, III is related to other HistoryMakers
Donate Now

Education advocate Leonard Haynes III was born in Boston on January 26, 1947. Haynes is the oldest child of a father who worked as a minister and professor and a mother who was a teacher. Haynes completed his B.A. from Southern University in Baton Rouge, Louisiana, in 1968, and earned an M.A. from Carnegie-Mellon University the following year. After earning his first degrees in history, Haynes attended Ohio State University, where he earned a Ph.D. in higher education administration in 1975.

Haynes' career in education has taken him to a variety of institutions, having served on the faculty at Howard University, the Ohio State University, the University of Maryland, Southern University, the Brookings Institution and George Washington University. While on the faculty at Southern University, he was appointed to the position of executive vice president. He later served as the assistant superintendent of academic programs for Louisiana's State Department of Education and then as the senior assistant to the president of American University. During President George H.W. Bush's administration, Haynes was the first African American to be appointed to the position of U.S. assistant secretary of postsecondary education and director of academic programs for the United States Information Agency (USIA). While with the USIA, Haynes worked to increase international education through cooperatives with Mexico, Canada and the European community. In 1997, Haynes was appointed to serve as the acting president of Grambling State University. President George W. Bush appointed Haynes to serve as the special assistant to the secretary of education in 2001, and in 2003 he was appointed to serve as the director of the Fund for the Improvement of Postsecondary Education in the Department of Education's Office of Postsecondary Education.

Widely recognized for his work in the educational community, Haynes has offered his counsel to numerous organizations, including the Ford Foundation and the Merck Corporation. He has appeared in Who's Who in America and Who's Who in Black America, and is the recipient of nine honorary degrees. He and his wife, Mary, live in Maryland. They have four children.

See how Leonard Haynes, III is related to other HistoryMakers
Donate Now
Click Here To Explore The Archive Today!