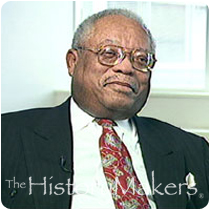 See how Leonard Dawson is related to other HistoryMakers
Donate Now

Educational consultant and former college president Leonard E. Dawson was born on February 5, 1934, in Augusta, Georgia. His parents, through hard work, managed to send all five of their children to college on a modest income. Dawson first attended Morris Brown College in Atlanta, where he earned a B.A. in English in 1954. He would later earn an M.A. in guidance and counseling from Columbia University in 1961 and an Ed.D. from George Washington University with a focus on counselor education in 1974.

Following his graduation from Morris Brown College, Dawson found a job teaching at Carver High School in Hamilton, Georgia, and in 1956 he joined the U.S. Army. Following an honorable discharge, Dawson returned to teaching, and by 1964, he was the head counselor at Johnson Junior High School in his hometown of Augusta. In 1967, Dawson joined the staff of Paine College, where he became the dean of academics in 1969. He went to work for the United States Department of Education in 1970, and the following year he became a senior program officer at the R.R. Moten Memorial Institute, working extensively with the federal government and Historically Black Colleges and Universities (HBCUs). Dawson became the executive vice president of the Moton Institute in 1977, and in 1980, he left to become the director of special projects for the United Negro College Fund. In 1985, Dawson was named president of Voorhees College, where he served until retiring in 2001. While at Voorhees, Dawson worked to erase a massive deficit along with doubling the size of Voorhees’ student enrollment. In 2001, Dawson was named a senior consultant to the White House Initiative on HBCUs.

Dawson is active in a number of professional and civic organizations, including the National Association for Equal Opportunity in Higher Education, the National Education Association and the Third Street Bethel African Methodist Episcopal Church. In 2001, he was awarded the Order of the Palmetto, the highest civilian honor in the state, by the governor of South Carolina.

Dawson was interviewed by The HistoryMakers on November 13, 2003.

See how Leonard Dawson is related to other HistoryMakers
Donate Now
Click Here To Explore The Archive Today!