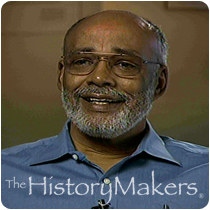 See how Leon DeCosta Dash is related to other HistoryMakers

Journalist Leon DeCosta Dash has captured the struggles, triumphs, and human spirit of his subjects through his written work. Dash was born on March 16, 1944 in New Bedford, Massachusetts to Leon Dash, Sr., a postal clerk, and Ruth, an administrator for the health department. The family moved to New York City, and Dash grew up in the boroughs of Harlem and the Bronx, New York. As a college student at Lincoln University, he served as the editor for the school newspaper, the Lincolnian. It was not until he transferred to Howard University where he received a paying position in journalism. That year, in 1966, The Washington Post hired Dash as a journalism intern and a cub reporter. Two years later, he graduated from Howard University with his B.A. degree in history. After graduating, Dash joined the United States Peace Corps in Kenya.

Upon his return, Dash began working full-time for The Washington Post. In 1972, Dash along with Ben Bagdikian, wrote The Shame of the Prisons, which exposed problems within the American correctional system. In the following year, 1973, Dash embedded himself with Angolan rebel forces and then again from October 1976 through May 1977. This work earned him the George Polk Award from the Overseas Press Club and the prize in International News Reporting given by the Washington-Baltimore Newspaper Guild, both in 1974. In 1975, Dash along with forty-three other journalists, co-founded the National Association of Black Journalists (NABJ).

In 1979, Dash took the position of Bureau Chief of West Africa, covering stories in the region including, the Nigerian civil war, the Liberian and Ghanaian coups and the refugee crisis, until he left the post in 1984. In that year, he joined the investigative desk at The Washington Post. In 1986, Dash published his “At Risk” series and won numerous prizes including the Distinguished Service Award from the Social Services Administration of Maryland. He then developed this series into When Children Want Children, published in 1989. This critically acclaimed book garnered Dash numerous awards including the Washington Independent Writers President’s Award. In 1995, Dash and The Washington Post photographer, Lucian Perkins, won the Pulitzer Prize for Explanatory Journalism on their report of a District of Columbia woman's struggle with poverty, crime and drug use. In 1996, the article was turned into a best-selling book, Rosa Lee. Dash also received an Emmy Award from the National Academy of Television Arts and Sciences based on the documentary.

In 1998, Dash took a professorship at the University of Illinois at Urbana-Champaign. The following year, New York University named the “Rosa Lee’s Story” series as one of the best one hundred works in twentieth century American journalism. In 2000, Dash received the Swanlund chair, the highest endowed chair position at the University of Illinois, and in 2003, he became a permanent faculty member. Dash has received his honorary Doctorate in Humane Letters from Lincoln University. He has two daughters, Darla and Destiny.

Dash was interviewed by The HistoryMakers on July 13, 2008.

See how Leon DeCosta Dash is related to other HistoryMakers
Click Here To Explore The Archive Today!