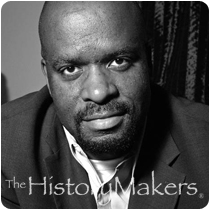 African American writer and architectural critic Lee Bey was born on October 20, 1965 in Chicago, Illinois. Bey attended Lindbloom Technical High School. When Bey was fifteen years old, his father passed away. This became a turning point in his life, and he eventually transferred to Chicago Vocational School where he prepared for a career as a printing press operator. Motivated by a teacher’s compliment about his writing, Bey decided to become a journalist.

Bey attended Chicago State University, where he worked under academic advisor Donda West and poet, author and Third World Press publisher, Haki Madhubuti. He then transferred to Columbia College’s journalism department. After graduation, Bey began his professional career as a reporter for the City News Bureau of Chicago. He moved on to the Daily Southtown in 1990, and two years later became a general assignment reporter for the Chicago Sun-Times. By 1997, Bey had become one of Chicago’s foremost architectural critics alongside the Chicago Tribune’s Blair Kamin, writing about issues of architecture and urban planning in his weekly column for the Sun-Times. He held this position until 2001, when he was selected as Deputy Chief of Staff for Planning and Design for Chicago Mayor Richard M. Daley. Under Daley, Bey became involved in a variety of issues that ranged from housing developments to architectural preservation.

Bey is an outspoken advocate of “new urbanism,” the style of metropolitan development that favors integrated commercial and residential buildings, a grid-style layout, and a friendly, inviting design. Bey has also written regularly about various historical Chicago architectural sites on his website, www.leebey.com. He has presented before the American Institute of Architects, the Art Institute of Chicago and the Chicago Historical Society, and appeared on television programs including Chicago Tonight and Fox News Chicago. He has written for various architectural publications, including Dwell and Architectural Record, has contributed to Chicago Architecture: History, Revisions, Alternatives, Visionary Chicago Architecture and 20th Century Chicago: 100 Years, 100 Voices.

Bey stepped down as Director of Media and Government Affairs for the architectural firm Skidmore, Owings & Merrill on December 29, 2006 to pursue personal interests like completing his book, doing some consulting and working on photography and writing assignments. On August 1, 2007, Bey became the first African American Executive Director of the Chicago Central Area Committee, an influential, fifty-year-old civic organization composed of about seventy-five of Chicago’s most prominent downtown businessmen who are concerned with the architecture, urban planning, transportation and economic viability of the Loop. He also teaches an architecture and politics class at the University of Illinois at Chicago.

Bey was interviewed by The HistoryMakers on January 24, 2006.