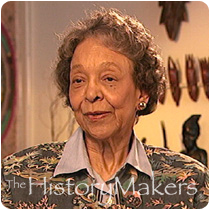 Madison taught in the public schools of Washington, D.C. from 1943 to 1949 and Cleveland, Ohio between 1949-1951 and again later from 1954-1960, before becoming a fulltime wife, mother, homemaker and community volunteer in 1960. During this time, she also worked as an assistant librarian at the Harvard University Graduate School of Design (1951-1952). Madison has served on the boards of numerous educational and human services organizations, including the Bingham Day Nursery, United Way Services, the Federation for Community Planning, Case Western Reserve University Board of Overseers, and Blue Cross of Northeast Ohio. Madison was a founding member of Heights Citizens for Human Rights—forerunner of Heights Community Congress--an organization established to ensure equal rights and fair housing for minorities moving into Cleveland Heights. She was also a founder of and one of the original board members for HARAMBEE: Services to Black Families, an agency designed to provide parenting skills to teenage parents and to recruit permanent adoptive homes for Black youngsters.

Madison’s devotion to community service also inspired committee work with the Urban League of Greater Cleveland, Friends of Karamu, the NAACP Fund Dinner, Case Western Reserve University’s Visiting Committee on the Humanities, the Cleveland Symphony Orchestra Advisory Council, the Planned Parenthood Long Range Planning Committee, and the Juvenile Court Youth Services Advisory Board, among others. In 1963, she helped launch the Cleveland Heights / University Heights Summer School Project, recruiting participants from the Cleveland Public Schools and raising funds to offer financial assistance to those in need. The project, which ended in 1969, helped pave the way for the integration of the Cleveland Heights / University Heights Schools.

Madison is the recipient of numerous honors and awards, including the NAACP’s Distinguished Service Plaque, the Federation for Community Planning’s President’s Award, Who’s Who Among Black Americans, and the University of Chicago Alumni Association’s Public Service Award. In 1999, Mrs. Madison and her husband Robert P. Madison received the Cleveland Opera Award for their visionary support of the arts in Cleveland. In 2004, she was honored by the Golden Age Centers for her many years of community service. Madison is an alumna member and former president of the Links, Incorporated, Cleveland Chapter.

Madison and her husband, Robert, reside in Shaker Heights, Ohio. They are the parents of two adult daughters.

Madison was interviewed by The HistoryMakers on June 14, 2004.\