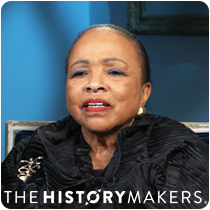 Fashion designer LaVetta Forbes was born on November 9, 1940 in New Orleans, Louisiana to Benjamin and Lillian Forbes. She began sewing at the age of six and in her teens worked for her aunt who was a dressmaker. In 1955, at the age of fifteen, Forbes moved to Los Angeles on her own and attended night school and found day work as a dress designer. Forbes then relocated to San Francisco and designed dresses for evening events. By the 1960s, Forbes was designing dresses for performers like Leslie Uggams, Lainie Kazan and the Supremes. Forbes entertained and hosted guests at the landmark Ambassador Hotel Coconut Grove and hosted luncheons to introduce and market her designs.

In 1990, Forbes began publishing Beverly Hills 90212 a glossy bi-monthly magazine. Targeted to Beverly Hills, Bel-Air, and adjacent upscale neighborhoods with a readership of 60,000, the publication was delivered free to homes around Beverly Hills and sold at newsstands.

Forbes has been a member of the Los Angeles Museum Costume Council and the Blue Ribbon 400. She also served as a board member for The Southeast Symphony Association.

Forbes lives in Los Angeles and has one adult child, Tony.

LaVetta Forbes was interviewed by The HistoryMakers on February 27, 2018.