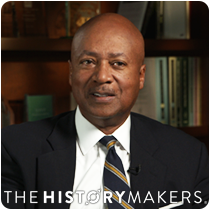 See how Laurence Morse is related to other HistoryMakers

Morse began his career as an analyst at the venture capital investment firm UNC Ventures, based in Boston, Massachusetts, where he was eventually promoted to associate and investment officer positions. Morse became a vice president of Equico Capital Corporation, a subsidiary of The Equitable Life Insurance Company of America, in 1988. In 1991, he became the founding principal of the TSG Ventures investment fund under the TSG Capital Group. In 1992, Morse was hired as a senior venture capital advisor for Coopers & Lybrand International Consulting Services, where he advised on the establishment of a proposed $100 million USAID-sponsored Africa Enterprise Development Fund to be based in South Africa. Morse and JoAnn H. Price then founded Fairview Capital Partners, Inc. in September of 1994, where Morse oversaw the investment of over $3 billion in more than one hundred traditional and specialized venture capital and private equity limited partnerships. In 2004, Morse was appointed director of Webster Financial Corp. and Webster Bank, N.A.

In 2000, Morse joined the board of directors of the English-Speaking Union. He also served three terms on the board of trustees of the Princeton University Investment Company, and joined the Princeton University Board of Trustees in 2012. Morse has also served on the advisory boards of venture capital partnerships, including U.S. Venture Partners (USVP), Battery Ventures, Sierra Ventures, ICV Capital Partners and Trinity Ventures. In 2013, Morse became a trustee of Harris Associates Investment Trust, which oversees the Oakmark Family of Mutual Funds. In 2014, Morse became a trustee of Howard University.

In 2003, Morse was named one of “The Top Ten Minds in Small Business” by Fortune Small Business magazine. Morse also authored the novel, Sundial, while attending Princeton University. The book, inspired by Morse’s experiences at Howard University in the 1970s, was published in 1986.

Laurence Morse was interviewed by The HistoryMakers on November 20, 2018.

See how Laurence Morse is related to other HistoryMakers