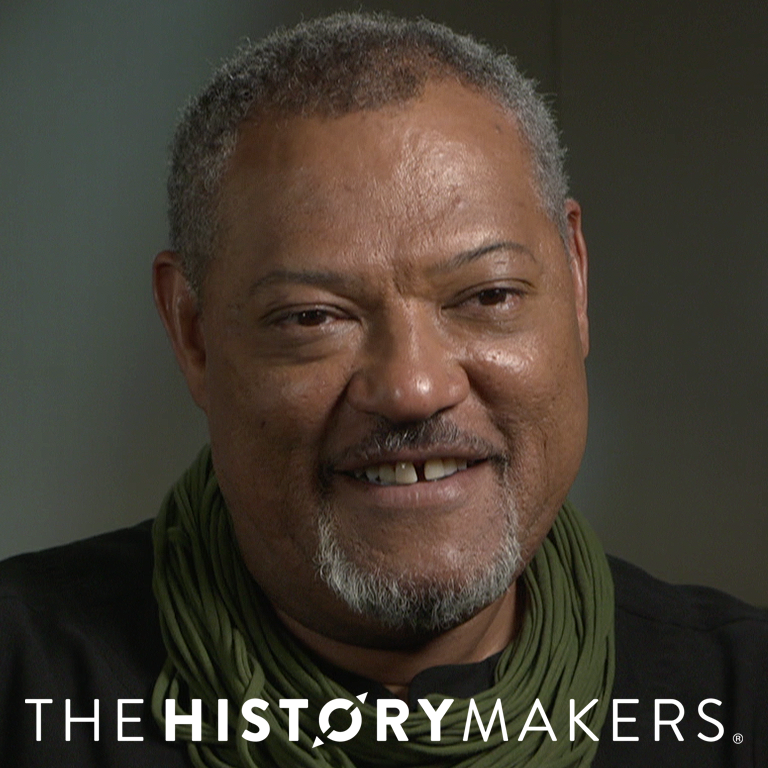 "Cool; See you around; Peace and love; Don't spend it all in one place"

In 1971, at age ten, Fishburne appeared in his first play In My Many Names and Days at the New Federal Theater. In 1973, Fishburne made his television debut in the role of Joshua Hall on the ABC soap opera One Life to Live. He made his film debut two years later in Cornbread, Earl and Me; and, in that same year, he joined the Negro Ensemble Company. In 1976, at the age of fourteen, Fishburne was cast as Tyrone Miller in Frances Ford Coppola’s Apocalypse Now, and was sent to the Philippines for location filming. Fishburne returned to the U.S. in 1979, and moved to Los Angeles, California. In 1983, he was featured in Rumble Fish based on the novel by S.E. Hinton, and later appeared in The Cotton Club as Bumpy Rhodes in 1984. The following year, he was cast as Swain in Steven Spielberg’s The Color Purple and also starred Whoopi Goldberg and Oprah Winfrey. Fishburne later portrayed Cowboy Curtis on Pee-wee’s Playhouse and also appeared in films such as Quicksilver, School Daze, and Cadence.

In 1991, Fishburne starred in John Singleton’s Boyz n the Hood as Furious Styles. Two years later, he starred opposite Angela Bassett, portraying Ike Turner in What’s Love Got to Do with It, for which he was nominated for an Academy Award. In 1994, Fishburne made his theatrical directorial debut and starred in Riff Raff. He was then cast in the title role for the film adaptation of Othello, and later portrayed Caleb Humphries in Miss Evers’ Boys. In 1999, Fishburne starred in The Matrix as Morpheus, co-starring Keanu Reaves. The following year, he made his screenwriting and directorial debut in Once in the Life. He also appeared in several films including: Mystic River, Biker Boyz, The Matrix Reloaded, The Matrix Revolutions, Akeelah and the Bee, Mission: Impossible III, Five Fingers, Bobby, and voiced the role of the Silver Surfer in Fantastic 4: Rise of the Silver Surfer. In 2007, Fishburne portrayed Thurgood Marshall in the Broadway production of Thurgood; and, in 2008, he landed a recurring role as Raymond Langston on CSI: Crime Scene Investigation. Fishburne was later featured in films such as, Contagion, Predators, Have a Little Faith, Man of Steel, The Colony, and Ride Along. In 2014, he was cast in the role of Pops in the television series Black-ish; and, in 2017, he portrayed the Bowery King in John Wick: Chapter 2, reprising the role in 2019, in John Wick: Chapter 3 – Parabellum.

Among several awards and nominations, Fishburne was nominated for an Academy Award, has won two Emmy Awards and was nominated seven times. He also received a Tony Award for Best Actor in a Featured Role in 1992.

Laurence Fishburne was interviewed by The HistoryMakers on February 4, 2019.