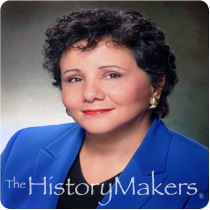 See how Laura Murphy is related to other HistoryMakers

Nonprofit chief executive Laura W. Murphy was born on October 3, 1955, in Baltimore, Maryland. As the daughter of Judge William H. and Madeline Murphy, she grew up an active member of Baltimore’s Cherry Hill neighborhood. Murphy attended Wellesley College, obtaining her B.A. degree in 1976.

Upon graduation, Murphy joined the staff of Congresswoman Shirley Chisholm, thus beginning her career in politics. From 1979 to 1982, she worked as a registered lobbyist for the American Civil Liberties Union. In this position, Murphy lobbied members of Congress, delivered testimony before congressional committees and conducted press briefings on pending legislation.

Murphy moved to Los Angeles in 1982 and became director of development and planned giving for the ACLU Foundation of Southern California. The Foundation exceeded previous fundraising goals during her tenure. Murphy left the ACLU in 1985 to work as an account executive at a public affairs consulting firm and then as chief of staff for California Assembly Speaker Willie Brown. Murphy returned to the East Coast in 1991 and joined the staff of Washington, D.C. Mayor Sharon Pratt Kelly as special assistant for tourism. Murphy suggested the creation of the Office of Tourism and Promotions in the District of Columbia and became director of the office. Under Murphy’s leadership, the office was successful in increasing advertising revenue for tourism and winning two major international sporting events for the District, World Cup soccer and the Tour DuPont international bicycle race.

In 1993, Murphy returned to the ACLU as director of its Washington Office. Murphy became the first woman and first African American to be the ACLU’s chief liaison to the White House and Congress. Under Murphy’s leadership, the ACLU Washington office was instrumental in the passage of such legislation as the Family Medical Leave Act, the Motor Voter Bill, the Freedom of Access to Clinics Act and the Religious Freedom Restoration Act. Murphy and the Washington ACLU office were praised by Democratic and Republican members of Congress for their success in organizing coalitions of groups representing opposing parties and ideologies. Murphy stepped down as director in 2005 to establish Laura Murphy & Associates, a private consulting firm. She was later renamed director of the ACLU’s Washington Office in 2010, and again stepped down in January of 2015.

Murphy has received numerous awards and recognition, including the 1994 Distinguished Public Service Award from the District of Columbia and the Congressional Black Caucus 1997 William L. Dawson Award. In 1998, Murphy was named one of the fifty most influential Washingtonians in Congressional politics by Roll Call. Murphy is on the board of directors of the Afro-American Newspapers and is a member of the Women’s Foreign Policy Group. She is also a member of the Executive Committee of the Leadership Conference on Civil Rights and is chairperson of its Criminal Justice Task Force.

Laura Murphy was interviewed by The HistoryMakers on January 18, 2001.

See how Laura Murphy is related to other HistoryMakers
Click Here To Explore The Archive Today!