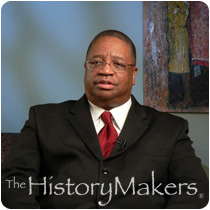 Civil rights activist Larry Gossett was born Lawrence Edward Gossett on February 21, 1945, in Seattle, Washington. The son of Johnnie Evelyn Carter Gossett and Nelman Gossett, he grew up in Seattle’s southern and central areas. Gossett attended High Point and Horace Mann Elementary Schools and graduated from Franklin High School, where he was point guard on the basketball team. In 1963, Gossett was one of the few black males to attend the University of Washington.

In 1966, Gossett spent a year with Volunteers in Service to America (VISTA). Through VISTA, he received community organizing training with Harlem Youth, Inc. Gossett came back to Seattle as “Oba” and went on to become the school’s first student to graduate with a degree in African American Studies. Gossett was a member of the Student Nonviolent Coordinating Committee (SNCC) and a founder of the Seattle chapter of the Black Panther Party. He was a co-founder of the University of Washington’s Black Student Union (UWBSU) and used the organization to leverage the University of Washington’s Black Studies Program. Gossett attended the Black Youth Conference in Los Angeles, California in 1967 that featured James Forman, Harry Edwards, Tommie Smith and John Carlos. He was the organizer of the Seattle Alliance of Black Student Unions and helped organize nearly a dozen high school, middle school and collegiate black student unions throughout the Seattle area. On March 29, 1968, Gossett was arrested, but was later exonerated after leading a sit-in to protest the treatment of black students at Franklin High School.

In 1982, Gossett founded the Minority Executive Directors Coalition (MEDC). He served as the Executive Director for the Central Area Motivation Program (CAMP) from 1979 to 1993 and helped to provide job assistance, a food bank and programs for at-risk youth. In the mid-1980s, Gossett was involved in the presidential campaign of Reverend Jesse L. Jackson, Sr. and was an organizer for the Rainbow Coalition. As president of the Rainbow Push Coalition, Gossett supported Norman B. Rice’s mayoral candidacy in 1989. In 1991, Washington’s King County Council was expanded from nine to thirteen members, and in 1993, Gossett won a seat representing Washington’s District 10, an area stretching from the Montlake Cut to Beacon Hill. As a councilman, Gossett has dedicated his time to the reformation of the criminal justice system, better public transportation and job opportunities for the poor and minorities.

Gossett serves as a member and chair of the King County Council. Gossett, a high profile black activist with strong ties to the Hispanic, Asian and Native American communities, was a prime mover in 1996 for changing the symbol of King County (Seattle) from 19th century slaveholder, Rufus Devane King to Dr. Martin Luther King, Jr. The county’s official logo was changed to an image of Dr. King. There is a fifty-eight minute documentary produced by University of Washington television that features Gossett’s BSU activism. The film is called In Pursuit of Justice.