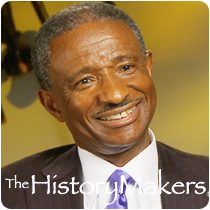 "God's Gift To You Are The Talents He Gives To You. Your Gift To Him Is What You Do With Them."

Accountant Larry Bailey was born on September 11, 1950 in Sanford, Florida to Richard and Inez Bailey. He graduated with his B.S. degree in accounting from Southern Illinois University at Carbondale (SIUC) in 1972. He went on to enroll at the University of Pennsylvania’s Wharton Graduate School of Business. In 1976, he graduated with his M.B.A. degree in finance. Bailey is a certified public accountant, and holds memberships with the American Institute of Certified Public Accountants and the District of Columbia Certified Public Accountants.

From 1972 to 1976, Bailey worked as an Internal Revenue Service agent, and was also a member of the Richmond (Virginia) District Speakers Bureau. When Bailey graduated from the University of Pennsylvania, KPMG Peat Marwick, LLP offered him a position at the firm. As an associate, Bailey work focused on taxes and consulting services. He offered financial advices to foreign and domestic institutions, insurance and investment agencies, energy corporations, real estate brokers, and individuals. In 1976, Bailey joined the multinational firm of PricewaterCoopers, LLP as a junior partner. In this capacity, he specialized in providing due diligence review services for the Resolution Trust Corporation and the Government National Mortgage Corporation. Bailey also provided consultation services to private and public agencies involving tax strategies and contract negotiation.

In 2000, Baily and Keven Joseph Davis negotiated a five-year, $40 million endorsement contract between tennis player Venus Williams and sports apparel company Reebok. It was the largest endorsement contract signed by a female athlete in U.S. sports history. When Williams turned professional, she did not have an endorsement deal. Her father, Richard Williams, in 1995 requested Bailey and Davis to negotiate an early deal with Reebok after several sports management agencies showed interest. Bailey also played a major role in developing the career of Serena Williams. His development efforts at PricewaterCoopers led to well over $100 million of new and recurring business for the Firm, some of which is ongoing. Bailey founded LDB Consulting, Inc. in 2002. As president, he oversees strategic financial and tax consulting services to corporations, small business and private individuals.

Bailey’s achievements have been recognized by professional and academic institutions. In 1995, he was also inducted into the Hall of Fame of the Black Entertainment Sports Lawyers Association. Bailey was honored with the SIUC Distinguished Service Award by at the 2012 spring commencement ceremony.  He is one of the founders of SIUC’s Blacks Interested in Business (BIB), which currently provides capital to minority owned communications companies, and received the BIB Leadership Award in 2011.  The College of Business inducted him into its Hall of Fame in 1991. Bailey is also a member of the Board of Directors of Broadcast Capital Inc. Baily lives with his wife, Loleta Thomas, in Washington D.C.

Larry D. Bailey was interviewed by The HistoryMakers on September 13, 2012.