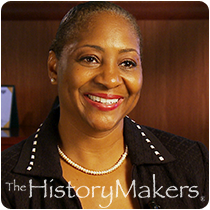 Foundation chief executive La June Montgomery Tabron was born in Detroit, Michigan. She was raised in a family of ten children and attended public schools in Detroit. Tabron graduated from Cass Technical High School and went on to receive her B.S. degree in business administration from the University of Michigan. She then received her M.B.A. degree from the Kellogg Graduate School of Management at Northwestern University and became a certified public accountant and management accountant.

In addition to her work at the Kellogg Foundation, Tabron serves as president of the board of the Western Michigan University Foundation. She is also a board member of the Bronson Healthcare Group, Southwest Michigan First, Battle Creek Community Health Partners, the Mississippi Center for Education Innovation, and the Kellogg Company. Tabron has served on the Kalamazoo Retirement Investment Committee, the Battle Creek Community Foundation Audit Committee, the Council on Foundations’ Public Policy Committee, and the Independent Sector Board Development Committee. She is a member of the Michigan Association of Certified Public Accountants, the American Institute of Certified Public Accountants, the Institute of Management Accountants, and the Foundation Financial Officers Group. In addition, she serves as a member of the Kalamazoo Chapter of the Links, Incorporated.

La June Montgomery Tabron was interviewed by The HistoryMakers on June 27, 2014.