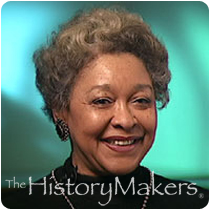 Radio personality LaDonna Tittle was born in Chicago. She attended Dunbar Vocational School in Chicago, graduating in 1964. She then attended Chicago State University, graduating in 1971 with a B.A. in art education and drama with a minor in journalism.

Over the next three decades, Tittle made a name for herself not just on the airwaves of Chicago, but also as a model and an actress. She has done voiceover work in commercials for Kraft, Ameritech, Crisco Oil and Fashion Fair, and has acted in various religious and secular plays in Chicago, including productions for the city's Goodman and Steppenwolf theaters. She also appeared in the film The Relic .

Having served stints as an on-air personality for other Chicago radio stations, such as WJPC, WWHN, WNUA, and WGCI, Tittle is also a host and producer for the Web satellite radio station WGCR, which can be accessed in 294 countries. She is also pursuing a master's degree in art and communications from the Art Institute of Chicago. Tittle is the recipient of numerous public service awards, including the Operation PUSH Woman of the Year Award and the Black Radio Exclusive Air Personality Award.

See how La Donna Tittle is related to other HistoryMakers
Donate Now
Click Here To Explore The Archive Today!