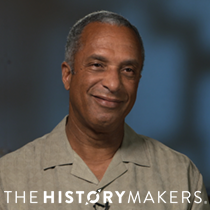 Favorite Color:
Blue
Favorite Food:
Fried Chicken
Favorite Time of Year:
Autumn
Favorite Vacation Spot:
Anywhere Warm
Favorite Quote:
There But By The Grace Of God Go I Through Christ Who Strengthens Me.

Favorite Color:
Blue
Favorite Food:
Fried Chicken
Favorite Time of Year:
Autumn
Favorite Vacation Spot:
Anywhere Warm
Favorite Quote:
There But By The Grace Of God Go I Through Christ Who Strengthens Me.

See how L. Duane Jackson is related to other HistoryMakers

Architect L. Duane Jackson was born on October 13, 1949 in Brooklyn, New York to Annie Belton Jackson and Marion Robinson. He attended Andrew Jackson High School and graduated from Hampton Institute. He earned his M.C.P. degree and M.Arch. degree from the Massachusetts Institute of Technology in 1971 and 1978 respectively. From 1993 to 1994, he was a Loeb Fellow of the Harvard University Graduate School of Design.

From 1978 to 1980, Jackson worked as an architectural designer at Wallace, Floyd, Ellenzweig, Moore, Inc. He then joined the architectural firm of Cambridge Seven Associates, Inc., followed by Mintz Associates Architects/Planners, Inc. in 1981. That same year, he established is own firm, which he named Lewis Jackson and Associates, Inc. In 1985, Jackson and fellow architect Fernando A. Migliassi, AIA co-founded Migliassi/Jackson & Associates, Inc. Their clients included film director Spike Lee and Peter Norton of Norton Utilities. Also, in 1985, Jackson became the president and CEO of the real estate development company Urban Investment Associates, Inc. His involvement with the Demonstration Disposition Initiative began in the 1990s, at which time he assisted in the rehabilitation of public housing structures such as the Franklin Park Housing Development, the Washington Heights Housing Development, and the Sonoma/Maple Schuyler Housing Development. In addition to his work on the construction of the Lucerne Gardens in Dorchester, Massachusetts, Jackson also acted as general manager of Parmelee Court, a mixed income housing development in Boston’s South End neighborhood. In 2007, Jackson reorganized Urban Investment Associates, Inc. and Migliassi/Jackson & Associates, Inc. into Alinea Capital Partners, LLC, focusing exclusively on real estate development, where he served as a managing member and founder. There, he oversaw the development of Grove Hall’s Mecca retail center, and the Warren/Palmer Building, a mixed-use facility in Roxbury.

Jackson served as a director on numerous non-profit and public boards, such as serving as vice chairman of the Massachusetts Port Authority and chair of the Real Estate and Strategic Initiatives Committee, where he established an historic diversity and inclusion policy to provide ownership and professional participation in the Agency’s real estate projects. In 2017, he was awarded the Chaney, Goodman and Schwerner Advocacy Award by the Vineyard Chapter of the NAACP.

Jackson and his wife, Deborah C. Jackson, live in Milton, Massachusetts. They are the proud parents of sons, Leigh Dana and Jeffrey Brian Jackson.

L. Duane Jackson was interviewed by The HistoryMakers on August 21, 2018.

See how L. Duane Jackson is related to other HistoryMakers