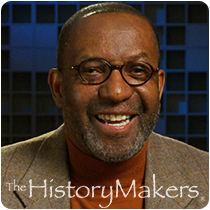 See how Kojo Nnamdi is related to other HistoryMakers
Donate Now

Broadcast journalist Kojo Nnamdi was born as Rex Orville Montague Paul on January 8, 1945 in Guyana. He emigrated first to Montreal, Canada in 1967 to attend McGill University, and then to the United States in 1968.

Nnamdi first lived in Brooklyn, New York, where he worked on Wall Street and joined the Black Panther Party. He then moved to Washington, D.C. in 1969, and became part of a new organization called The Center For Black Education, developed in large measure by former members of the Student Nonviolent Coordinating Committee (SNCC). In 1970, Nnamdi was hired as the editor of the radio show “Sauti,” a news magazine program on WOL-AM. From 1973 to 1985, he served as news editor and then news director for WHUR-FM, and produced the award-winning local news program “The Daily Drum.” Then, from 1985 to 2011, Nnamdi hosted “Evening Exchange,” a public affairs television program broadcast by WHUT-TV at Howard University. He became host of WAMU-FM’s “Public Interest” in August of 1998. In 2002, “Public Interest” changed its name to “The Kojo Nnamdi Show.” In addition, he has served as the host of WAMU’s “The Politics Hour.”

Nnamdi has chaired the board of the Public Access Corporation of Washington, D.C. since 1997, and served on the board of the Library of Congress American Folklife Center from 2003 to 2008. He has also been active in Guyaid, an organization devoted to the welfare of children in Guyana.

Nnamdi has five sons and lives with his wife in Washington, D.C.

Kojo Nnamdi was interviewed by The HistoryMakers on January 30, 2014.

See how Kojo Nnamdi is related to other HistoryMakers
Donate Now
Click Here To Explore The Archive Today!