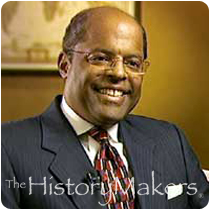 See how Knowlton R. Atterbeary is related to other HistoryMakers
Donate Now

Knowlton Atterbeary was born on September 18, 1946, in Philadelphia. He attended public schools in Crodon and Bristol Township, Pennsylvania, before attending Michigan State University in 1964, where he received a B.S. in systems science and economics in 1968 and an M.B.A. in 1970.

At Michigan State University, he worked as the graduate student director of the Computer Institute for Social Science Research. After earning his M.B.A., he worked for a year as the director of marketing for the Black Economic Union of Kansas City, Missouri. From 1972 to 1991, he was employed at the consulting firm Macro International as senior vice president and partner.

In 1981, Atterbeary founded KRA Corporation, a professional and technical services firm headquartered in Silver Spring, Maryland, where he continues to serve as president and CEO. Under his leadership KRA has grown from a staff of 6 to more than 400 employees. For four consecutive years, Inc. Magazine named KRA as one of the 500 fastest-growing, privately held companies in the United States. KRA has also been lauded for its community involvement with HIV/AIDS prevention, the Boys and Girls Club of Greater Washington, and the promotion of minority- and woman-owned businesses.

The numerous awards and honors bestowed on Atterbeary and his company include Small Disadvantaged Business Contractor of the Year by the U.S. Department of Agriculture, Food and Nutrition Service; 1997 Outstanding Minority Business Enterprise by the Department of Transportation National Highway Traffic Safety Administration; and the Food and Drug Administration Director's Special Citation for Sustained Superior Performance.

See how Knowlton R. Atterbeary is related to other HistoryMakers
Donate Now
Click Here To Explore The Archive Today!