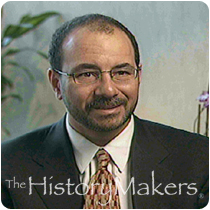 Real estate developer Kirk A. Sykes was the lead partner in the development and operation of the first African American-built hotel in Boston, Massachusetts. The 175-room, ten-story Hampton Inn & Suites, one of a small number of minority-owned hotels which operate under a major franchise name, sits on the edge of Roxbury, a predominantly black neighborhood. Throughout his career, Sykes has used his unique blend of talents to help improve urban communities.

Born in Queens, New York in 1958 and raised in Providence, Rhode Island, Sykes graduated from the Moses Brown School, a private Quaker secondary institution. He then studied architecture at Cornell University, graduating with a B.A. degree. He would later attend both the MIT Center for Real Estate Development Executive Program and the Owner and Presidents Management Executive Program at Harvard University Business School.

Sykes first gained notoriety with Winthrop Estates, a townhouse complex he developed for the Dudley Street Neighborhood Initiative in Boston. Held up as an example of forward-looking urban development, the Dudley Street Neighborhood Initiative was featured on a PBS documentary. Since then, Sykes has worked on a number of important development projects in the Boston area, including the redevelopment of the Boston Specialty Rehabilitation Hospital site and the Southwest Corridor retail project. In 2004, Sykes served as architect for the Democratic National Convention in Boston, converting the sports and concert-focused Fleet Center into an appropriate venue for the event.

He and his wife Karen (née James) have two children.

See how Kirk Anthony Sykes is related to other HistoryMakers
Donate Now
Click Here To Explore The Archive Today!