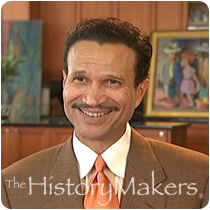 See how Khephra Burns is related to other HistoryMakers

Author, fiction writer, and scriptwriter Khephra Burns was born October 2, 1950 in Los Angeles, California, to Isham and Treneta Cecelia Burns. In 1972, Burns received his bachelor’s degree in English literature and drama from the University of California at Santa Barbara, after which he moved to New York to launch his writing career.

In 1978, Burns joined the staff of PBS television affiliate WNET-Thirteen as a writer and associate producer. Burns remained associated with PBS and educational programming, producing documentaries about different aspects of the African American experience. Burns’s body of work includes several acclaimed books, including Black Stars in Orbit, Mansa Musa, and Confirmation: The Spiritual Wisdom that has Shaped Our Lives, which he wrote with his wife, writer and editor Susan Taylor. Burns also contributed to several monthly publications including Essence , Art & Auction and the Boulé Journal.

In addition to television and print media, Burns is also active in the theater arts; in 1981, he was commissioned by Harry Belafonte to write Stackalee, a full length stage drama. As a playwright, Burns also wrote African Odyssey, which premiered at the Kennedy Center in Washington, D.C. in 1997, and Tall Horse, which played both in South Africa and in New York City at the Brooklyn Academy of Music’s Next Wave Festival in 2005. Burns has served as the Grand Graptor for Sigma Pi Psi and as a member of the Guardsmen.

Khephra Burns was interviewed by the The HistoryMakers on September 13, 2005.

See how Khephra Burns is related to other HistoryMakers
Click Here To Explore The Archive Today! 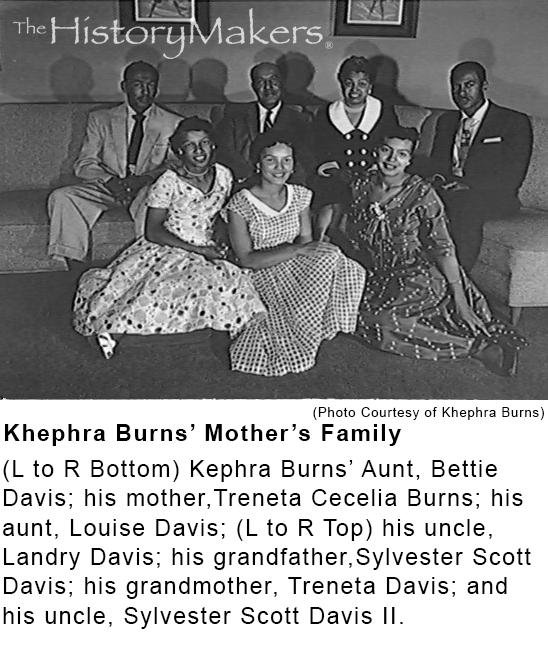