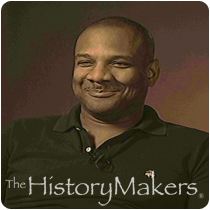 Children’s educational puppeteer Kevin Clash was born on September 17, 1960 in Turner’s Station, a predominantly black neighborhood in the Baltimore, Maryland suburb of Dundalk, to George and Gladys Clash. In 1971, at the age of ten, Clash began building puppets, after being inspired by the work of puppeteers on the Sesame Street television program, a passion that stuck with him throughout his teen years.

His first work on television was for WMAR, a CBS affiliate that produced a show entitled Caboose. Clash also performed a pelican puppet character for the WTOP-TV television program Zep. In his late teens, Clash met Kermit Love, a puppet designer for the Muppets, who arranged for Clash to observe the Sesame Street set.

In 1979, Clash became a puppeteer for the television program Captain Kangaroo, a role he would perform until 1985, working with puppeteer and future collaborator Jim Martin. In 1980, Clash was allowed a chance to work briefly as a puppeteer for Sesame Street, a program to which he would return after leaving Captain Kangaroo. Clash joined the cast of The Great Space Coaster in 1981, playing the characters Goriddle Gorilla, Rory and Huggle Scuffy. In 1983, Clash was offered another opportunity with Sesame Street, but was forced to decline due to his already-hectic television schedule.

The following year, Clash was able to join Sesame Street, playing the characters Hoots the Owl, Baby Natasha and Dr. Nobel Price. It was also that year that Clash created the character Elmo, using an old red puppet for whom previous Sesame Street puppeteers had failed to create a personality. Clash became a puppeteer for The Jim Henson Hour in 1989, working with the Leon and Clifford characters. Clash also worked on a variety of other Henson projects in the late-1980s, including Muppet Time, Tale of the Bunny Picnic and Dog City.

In 1990, Clash won his first Daytime Emmy Award for his work on Sesame Street, an accomplishment he would repeat eight times. The following year, Clash portrayed the character Splinter in the film Teenage Mutant Ninja Turtles, and also performed a number of characters for the television program Dinosaurs. In 1993, Clash’s daughter Shannon Elise was born to his ex-wife Genia. 1996 proved to be a very successful year for Clash, as the Tickle Me Elmo Doll, based on Clash’s Elmo character, becomes one of the biggest-selling toys in history. Clash also was involved in the production of the television program Muppets Tonight! and the film Muppet Treasure Island. Also in 2006, Clash released My Life as a Furry Red Monster: What Being Elmo Has Taught Me About Life, Love and Laughing Out Loud, a biography ghostwritten by Becky Cabaza.

Clash was interviewed by The HistoryMakers on September 21, 2007.