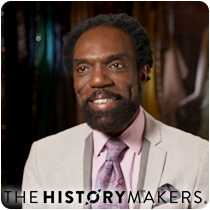 "Philippians: I Can Do All Things Through Christ Who Strengthens Me"

Fashion designer Kevan Hall was born on October 11, 1957 in Detroit, Michigan to
Angeline and Curtis Hall. He graduated from Cass Technical High School in Detroit, Michigan in 1975 and earned his A.A. degree from the Fashion Institute of Design and Merchandising in Los Angeles, California. He also completed coursework at the University of California, Los Angeles and the Otis Art Institute of the Parsons School of Design in Los Angeles, California.

In 1977, Hall began his fashion career as an assistant to sportswear designer Harriet Selwyn at her company, Harriet Selwyn Fragments, Co. He subsequently worked as an independent freelance designer and as senior designer for the girls’ junior sportswear brand, On Top of California, from 1980 to 1982. In 1983, he founded Kevan Hall Couture, selling his designs to luxury retailers including Neiman Marcus, Saks, and Bergdorf Goodman. In 1997, Hall joined Halston NYC as the design and creative director, where he worked until the spring of 2000. A year later, he founded Kevan Hall Company and launched his own signature ready to wear line, the Kevan Hall Collection. In January of 2014, Hall launched Kevan Hall SPORT, a lifestyle brand of active wear for women. Hall and his designs have been featured at Vogue’s Met Gala in New York, and in the television shows Kimora: Life in the Fab Lane and America’s Next Top Model, which featured his spring 2009 collection as a runway challenge while he served as a guest judge. Adrienne Maloof from Real Housewives of Beverly Hills featured Hall's collection in a fashion show to introduce her new shoe line. Hall has also made guest appearances on national television shows such as Inside Edition, Extreme Makeover, The Better Half, and E!'s Fashion Police.

After graduating from Fashion Institute of Design and Merchandising, Hall received the Peacock Award for Outstanding Fashion Design. In 1989, the NAACP named him the Great American Designer; and, in 2005, Life & Style magazine named him Stylemaker of the Year.

Hall and his wife, Deborah Lee, have two adult children, Asia and Evan, and reside in California.

Kevan Hall was interviewed by The HistoryMakers on December 14, 2018.