Information about Kent B. Amos 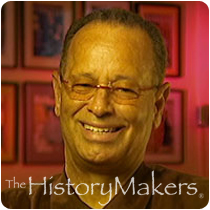 Favorite Color:
Brown
Favorite Food:
Pie, Ice Cream
Favorite Time of Year:
Christmas
Favorite Vacation Spot:
Cayman Islands
Favorite Quote:
In whom to much is given, much is required.

Favorite Color:
Brown
Favorite Food:
Pie, Ice Cream
Favorite Time of Year:
Christmas
Favorite Vacation Spot:
Cayman Islands
Favorite Quote:
In whom to much is given, much is required.

See how Kent B. Amos is related to other HistoryMakers
Donate Now

Born May 21, 1944, Kent Amos was raised in northwest Washington, D.C., where he was a track star at Calvin Coolidge High School before graduating and serving the U.S. Army in Vietnam. After his tour of duty, Amos graduated from Delaware State University and was hired by Xerox Corporation.

At Xerox, Amos became one of the company's most successful salespersons and was instrumental in increasing the number of African Americans in its sales force. Amos was promoted many times, becoming the youngest corporate director in Xerox history. Although Amos and his family relocated to several cities across the United States, they were able to return to Washington, D.C., where Amos and his wife first became involved in caring for at-risk children, offering shelter, financial support, and a nurturing environment to local youth. Amos felt compelled to do even more, and in the 1980s he left corporate America to devote himself full-time to helping families take care of their children. In 1991, Amos founded the Urban Family Institute (UFI), a nonprofit organization dedicated to creating urban neighborhoods where every family has the resources they need to ensure that children grow up with the close guidance, discipline, and nurturing, of caring adults.

In 1994, Amos also founded Kids House, a program designed to provide a safe, academically supportive after school program. Four years later, recognizing the unique opportunity of charter schools, Amos founded the Community Academy Public Charter School, where he served as principal and CEO. The Community Academy grew to become recognized as one of the leading charter schools in Washington, D.C., functioning as a national model.

Amos was featured on many local and national radio and television programs, including The Oprah Winfrey Show, and in newspapers, magazines, and books. Amos also frequently spoke on the issue of child-related public policy and received numerous citations, awards, and honors, for his community service. In 2002, Amos was ordained a deacon, serving the congregation of Washington's Shiloh Baptist Church; he also served as the chairman of the Shiloh Community Development Corporation.

Amos and his wife, Carmen, remained close to their extended family in Washington, D.C.

See how Kent B. Amos is related to other HistoryMakers
Donate Now
Click Here To Explore The Archive Today! 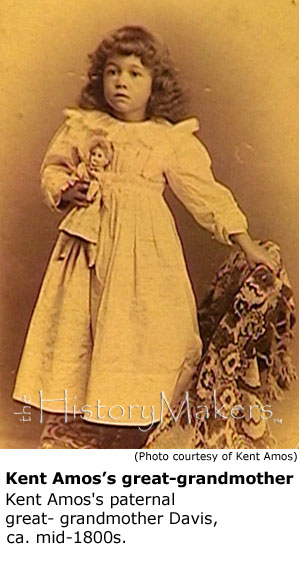 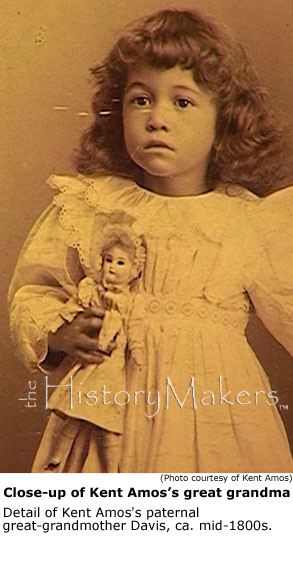