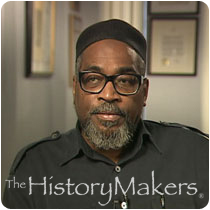 See how Kenny Gamble is related to other HistoryMakers
Donate Now

Singer, songwriter, and producer, Kenny Gamble, was born on August 11, 1943, in Philadelphia, Pennsylvania. Gamble got his start in the music industry in the early 1960s as a member of a band called the Romeos. From performing, Gamble eventually switched to song writing and producing alongside colleague Leon Huff; the partnership lasted over three decades. Through song writing, Gamble explored the themes of social change and empowerment of inner city inhabitants. Gamble and Huff became known for originating the Philly Soul Sound, a popular genre of the 1970s. Gamble and Huff's hits include: "Expressway to Your Heart," "Only the Strong Survive," "Me and Mrs. Jones," "If You Don't Know Me By Now," "Back Stabbers," "Love Train" and "Ain't No Stoppin' Us Now."

In the 1970s, Gamble began to purchase run-down houses, beginning with his own childhood home, to improve conditions in blighted areas. By the early 1990s, Gamble had purchased over one hundred abandoned homes; he and his wife then moved from the suburbs back into the inner city neighborhood in South Philadelphia where he had grown up in order to help rebuild the community.

Gamble founded the nonprofit Universal Companies to establish a workforce development center offering adult education and job training to individuals of all skill levels; a construction company to provide training and jobs; a business support center; a charter school; and other entities aimed at empowering the inner city and its residents. Gamble also founded a nonprofit community development corporation, Universal Community Homes, to provide low- and moderate-income families in Philadelphia with freshly-built or refurbished homes at affordable prices. The community revitalization programs Gamble launched and nurtured created hundreds of jobs; well over one hundred and twenty homes that have been constructed or renovated; and developed over 70,000 square feet of commercial space to support local needs. Gamble received various awards and honors for his work and dedication to the community.

See how Kenny Gamble is related to other HistoryMakers
Donate Now
Click Here To Explore The Archive Today!