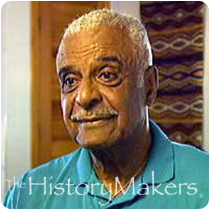 See how Kenneth Walker is related to other HistoryMakers

Educator and basketball referee Kenneth R. Walker, Sr. has devoted his career to serving his home state of Rhode Island. Born in East Providence on December 19, 1930, to Lillian and Frank Walker, Walker has dedicated his professional life to improving urban education.

Walker attended Providence College, where he received a B.A. in 1957. Upon graduating, he began teaching English and social studies for the East Providence School District while also serving as a guidance counselor. He earned an M.Ed. from Rhode Island College in 1962, where he worked part time from 1967 to 1969 as the assistant director of Project Upward Bound, a federally supported program for economically and educationally disadvantaged youth. Walker was promoted to assistant principal at Central Jr. High School before accepting a position as assistant professor of education at Rhode Island College in 1970. He remained on the education faculty at Rhode Island College until 1993, rising to the rank of full professor in 1989. Walker also earned a Ph.D. in education from Boston University.

During his tenure at Rhode Island College, Walker directed the Teacher Corps, a project of the college and the Pawtucket School Department aimed at raising the quality of education for low-income students. Walker also served as director of urban education at the university. In 1963, Walker became a basketball referee and officiated Division I games in the East Coast, Big East and Atlantic 10 athletic conferences. He traveled with a team of Big East all-stars to Angola in 1982. Walker also served on the Rhode Island Board of Parole.

In 1998, Walker joined Johnson & Wales University as an associate professor. He was a member of several educators and basketball referee organizations and served as president of the Big Brothers of Rhode Island. Walker was honored several times for his service to youth and education, and was the 1980 recipient of the NAACP Freedom Fund Award in Education. He married Gail B. Smith in 1955, and had three children.

Kenneth Walker was interviewed by The HistoryMakers on August 13, 2003.

See how Kenneth Walker is related to other HistoryMakers
Click Here To Explore The Archive Today!