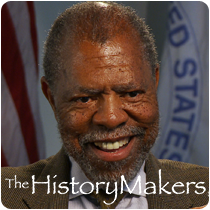 See how Kenneth Olden is related to other HistoryMakers

Cell biologist and biochemist Kenneth Olden was born in Parrottsville, Tennessee. He graduated from Knoxville College in 1960 with his B.S. degree in biology. In 1962, Olden enrolled at the University of Michigan and graduated from there in 1964 with his M.S. degree in genetics. He went on to earn his Ph.D. in cell biology and biochemistry from Temple University in 1978. Upon graduation, Olden served as a postdoctoral fellow and instructor in the physiology department at Harvard University Medical School where he worked from 1970 to 1974.

From 1974 to 1979, he was employed as a researcher in the laboratory of molecular biology at the National Cancer Institute of the National Institutes of Health (NIH). In 1977, he became the first African American to be awarded tenure and promoted to the rank of independent investigator at the NIH. From 1979-1991, he held several positions at the Howard University Cancer Center, including Director, Professor and Chairman of the Department of Oncology. Olden served in several positions at Howard University between 1979 and 1991, including associate professor of oncology in the Medical School as well as professor and chairman of the Department of Oncology.

In 1991, Olden was named Director of the National Institute of Environmental Health Sciences (NIEHS) and the Nation Toxicology Program (NTP) in the U.S. Department of Health and Human Service. He was the first African American to become director of one of the NIH Institutes. Olden then served as Chief of the Metastasis Group in the Laboratory of Molecular Carcinogenesis at the NIEHS. He was appointed as the Yerby Visiting Professor in the Harvard School of Public Health from 2006 to 2007. In 2008, Olden became founding Dean of the School of Public Health at the City University of New York.

Olden has received four of the most prestigious awards in public health: the American Public Health Association Calver Award in 2002, the Sedgwick Memorial Medal and the Laurenberg Award in 2004, and the Julius B. Richmond Award in 2005. He also received three of the highest awards for a public servant in the executive branch of the U.S. Government: the DHHS Secretary’s Distinguished Service Award in 1995, the President’s Meritorious Executive Rank Award in 1997, and the President’s Distinguished Executive Rank Award in 1998. He was awarded an Honorary Doctorate of Science from the University of Rochester and an Honorary Doctorate of Humane Letters from the College of Charleston. Olden was elected to membership in the Institute of Medicine of the National Academy of Sciences in 1994.

Ken Olden was interviewed by TheHistoryMakers on May 21, 2013.

See how Kenneth Olden is related to other HistoryMakers
Click Here To Explore The Archive Today!