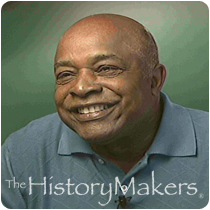 See how Kenneth L. Coleman is related to other HistoryMakers

Silicon Valley executive Kenneth Louis Coleman was born to Louis Boyd Coleman and Katie Owens Coleman on December 1, 1942 in Centralia, Illinois. Boyd was a factory worker and Katie a maid. Both parents strongly emphasized education. Coleman enjoyed sports at Lincoln Elementary School and at Centralia High School, where he was co-captain of the basketball team in his senior year. Coleman attended and graduated from The Ohio State University in 1965 with a BS in Industrial Management. Coleman’s part time student employment as a key punch and computer operator at the OSU Research Center led to an interest in computers. After graduation Coleman attended Officer’s Training School and was commissioned at Second Lieutenant in the United States Air Force. He went on to acquire his M.B.A. degree from The Ohio State University in 1972.

Coleman served in South Korea at the time of the Pueblo Crisis. While in Korea Lieutenant Coleman helped effectively defuse a potential race riot on the base. This led to an assignment to establish an Office for Affirmative Action and Drug Abuse Rehabilitation at Hamilton Air Force Base in Marin County, California. After separating as a Captain in 1972, Coleman was introduced to the Hewlett–Packard Company by Roy Clay (the first and only black mayor of Palo Alto, CA). At HP Coleman held several senior management positions, including a two year assignment in Northern Europe. In 1982, Coleman joined Activision, Inc., where he became Vice President of Product Development. Coleman joined Silicon Graphics (SGI) in 1987. During his fourteen years at Silicon Graphics, Coleman held several executive level positions. His last position at SGI was Executive Vice president of Sales, Services, and Marketing where he managed an organization with 4,000 employees in thirty-seven countries.

In 1999, Coleman was named one of the ten most influential African Americans in the San Francisco Bay Area, and in 2001, one of the top 25 Black executives in technology by Black Enterprise magazine. Retiring that same year, and after consultation with his friend and mentor Dr. Price Cobbs, Coleman founded and became CEO of ITM Software in Mountain View, California. Over the following 5 years Coleman was able to raise venture capital in ITM of a $20 million. It was important to Coleman that he make available the opportunity for African American investors to participate. Five years after its founding ITM was sold to BMC Software.

In 2006 Coleman was appointed chairman of Accelrys, Inc., scientific informatics software and services company for life sciences, chemical and materials R&D. Accelrys enables its customers to both accelerate their research process to more rapidly discover new therapeutics, materials and compounds; and to introduce new efficiencies into the process that drive lower costs.

In the spring of 2010 he was appointed to a special government advisory group on U.S./India Trade Policy. The Private Sector Advisory Group (PSAG) is an adjunct to the United States-India Trade Policy Forum (TPF) that provides strategic counsel to U.S. Trade Representative Ambassador Ron Kirk on enhancing bilateral trade and investment between the two nations.

Coleman was interviewed by The HistoryMakers on April 13, 2007.

See how Kenneth L. Coleman is related to other HistoryMakers
Click Here To Explore The Archive Today!