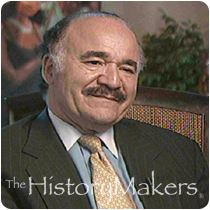 See how Kenneth Carlton Edelin is related to other HistoryMakers

Kenneth C. Edelin, professor of obstetrics and gynecology at the Boston University School of Medicine, was born in Washington, D.C., on March 31, 1939. Educated in segregated Washington schools through the eighth grade, Edelin graduated from the private Stockbridge School in Western Massachusetts. After graduating from Columbia University in 1961, Edelin taught math and science at Stockbridge School for two years; he then attended Meharry Medical College in Nashville, Tennessee, where he earned his M.D. degree in 1967.

In 1973, Edelin worked as the chief resident in obstetrics at Boston City Hospital. Performing abortions after the Roe v. Wade decision, Edelin was indicted for manslaughter in 1974 when he surgically terminated a pregnancy. Convicted on February 15, 1975, and sentenced to one year of probation, Edelin’s case drew national attention. Edelin appealed the decision and the Supreme Judicial Court of Massachusetts overturned the conviction on December 17, 1976.

A national leader in the Planned Parenthood Federation of America, Edelin chaired the PPFA board of directors from 1989 to 1992. Edelin also served on both the New England and national boards of the Legal Defense and Education Fund of the National Association for the Advancement of Colored People, and chaired the Committee on Health Care for Underserved Women of the American College of Obstetrics. In 2007, Edelin authored the autobiographical novel Broken Justice which told the story of his legal struggle for abortion rights in the 1970s. The Planned Parenthood Federation of America established an award in Edelin’s name to honor individuals who excelled in areas of leadership in reproductive health care and reproductive rights. Dr.

See how Kenneth Carlton Edelin is related to other HistoryMakers
Click Here To Explore The Archive Today!