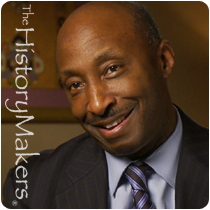 Favorite Color:
Blue
Favorite Food:
Pizza
Favorite Time of Year:
Summer
Favorite Vacation Spot:
Bermuda
Favorite Quote:
You Can Be Anything You Want To Be.

Favorite Color:
Blue
Favorite Food:
Pizza
Favorite Time of Year:
Summer
Favorite Vacation Spot:
Bermuda
Favorite Quote:
You Can Be Anything You Want To Be.

See how Kenneth C. Frazier is related to other HistoryMakers

Pharmaceutical executive, lawyer, and corporate general counsel Kenneth C. Frazier was born on December 17, 1954 in Philadelphia, Pennsylvania to janitor and former sharecropper Otis Tindley Frazier and homemaker Clara Elizabeth Frazier. The second of three children, Frazier grew up in the deeply impoverished neighborhood of North Philadelphia. Frazier’s parents strongly encouraged education and hard work, ensuring that each of their children knew what it took to succeed. In 1966, when Frazier was twelve, his mother passed away, leaving Otis Frazier to raise three children alone. Frazier graduated from Northeast High School in Philadelphia before attending Pennsylvania State University. Upon completing his B.A. degree in 1975 with highest honors, Frazier enrolled at Harvard Law School, receiving his J.D. degree in 1978.

For the next fourteen years, Frazier worked as a lawyer and, eventually, partner at the Philadelphia law firm of Drinker, Biddle, & Reath. There he represented many corporate clients, including AlliedSignal and Merck & Co., Inc. However, the case which brought Frazier the most praise during this time was the pro bono work he contributed to freeing the innocent Willie “Bo” Cochran after twenty-one years on death row. Frazier accepted a position at Merck & Co., Inc in 1992. Frazier has served in various capacities at Merck, including general counsel, secretary, and vice president. During his tenure as general counsel, Frazier achieved great success in leading the company through more than 5,000 lawsuits regarding the alleged harmful effects of Vioxx.

In 2007, Frazier accepted the role of president of Merck & Co., Inc, and was given the additional roles of CEO and chairman in 2011, making him the first African American to serve as CEO of a major pharmaceutical company. Frazier has served on the boards of several organizations, such as Exxon Mobil, Penn State University, and Cornerstone Christian Academy, a private charter school serving at-risk youth in Philadelphia, which he also co-founded. Due to his professional success and his position on the board of trustees, Frazier was selected to lead the investigation of the allegations against former Penn State assistant football coach Jerry Sandusky and university officials. Frazier has received numerous awards, including the 2001 Penn State Alumni Fellow Award, the Association of Corporate Counsel’s 2004 Excellence in Corporate Practice Award, and the Equal Justice Initiative’s 2009 Equal Justice Champion award.

Frazier lives in Pennsylvania with his wife, Andréa, and their son, James. Their daughter, Lauren, is an engineer.

Frazier was interviewed by The HistoryMakers on August 2, 2012.

See how Kenneth C. Frazier is related to other HistoryMakers
Click Here To Explore The Archive Today! 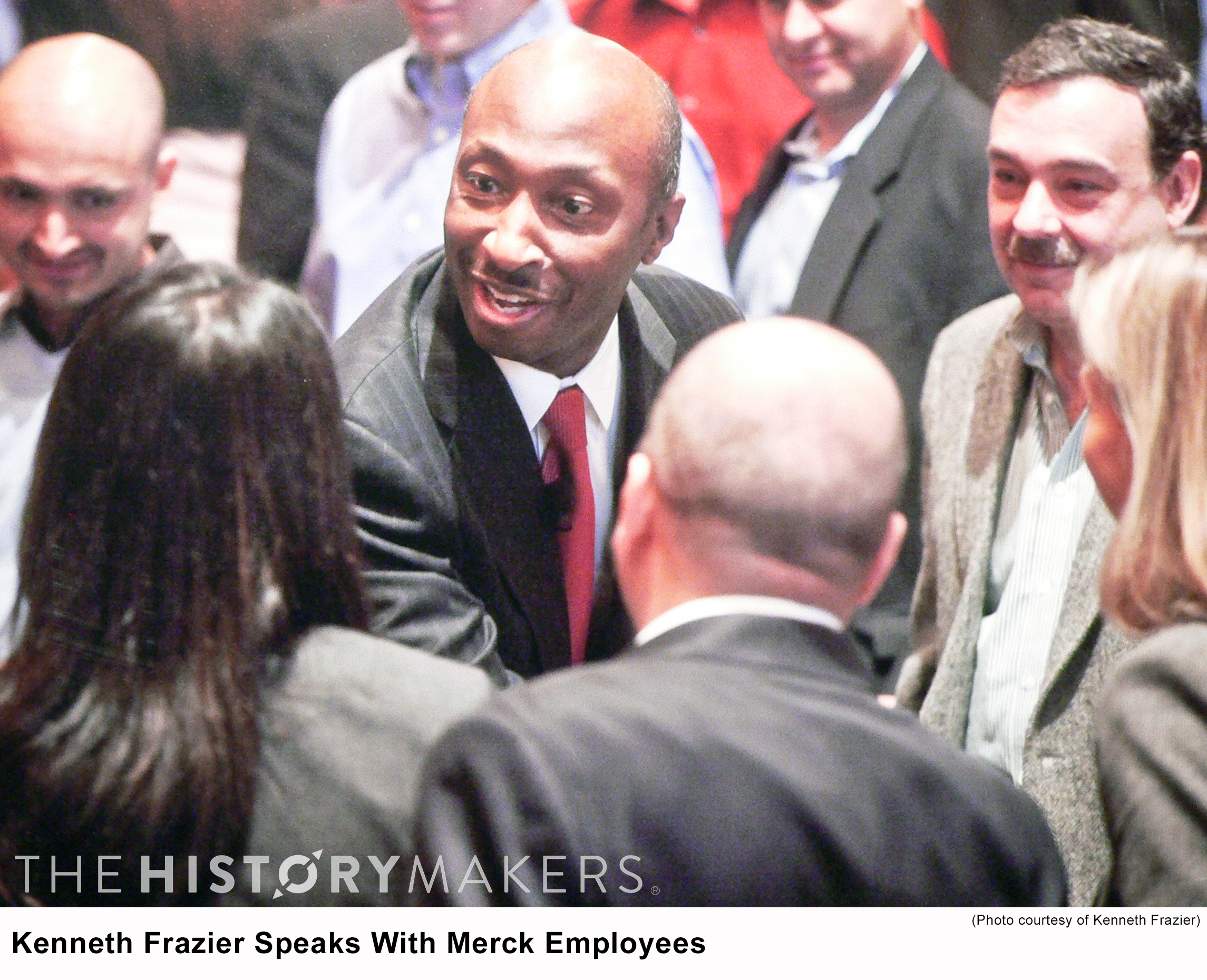 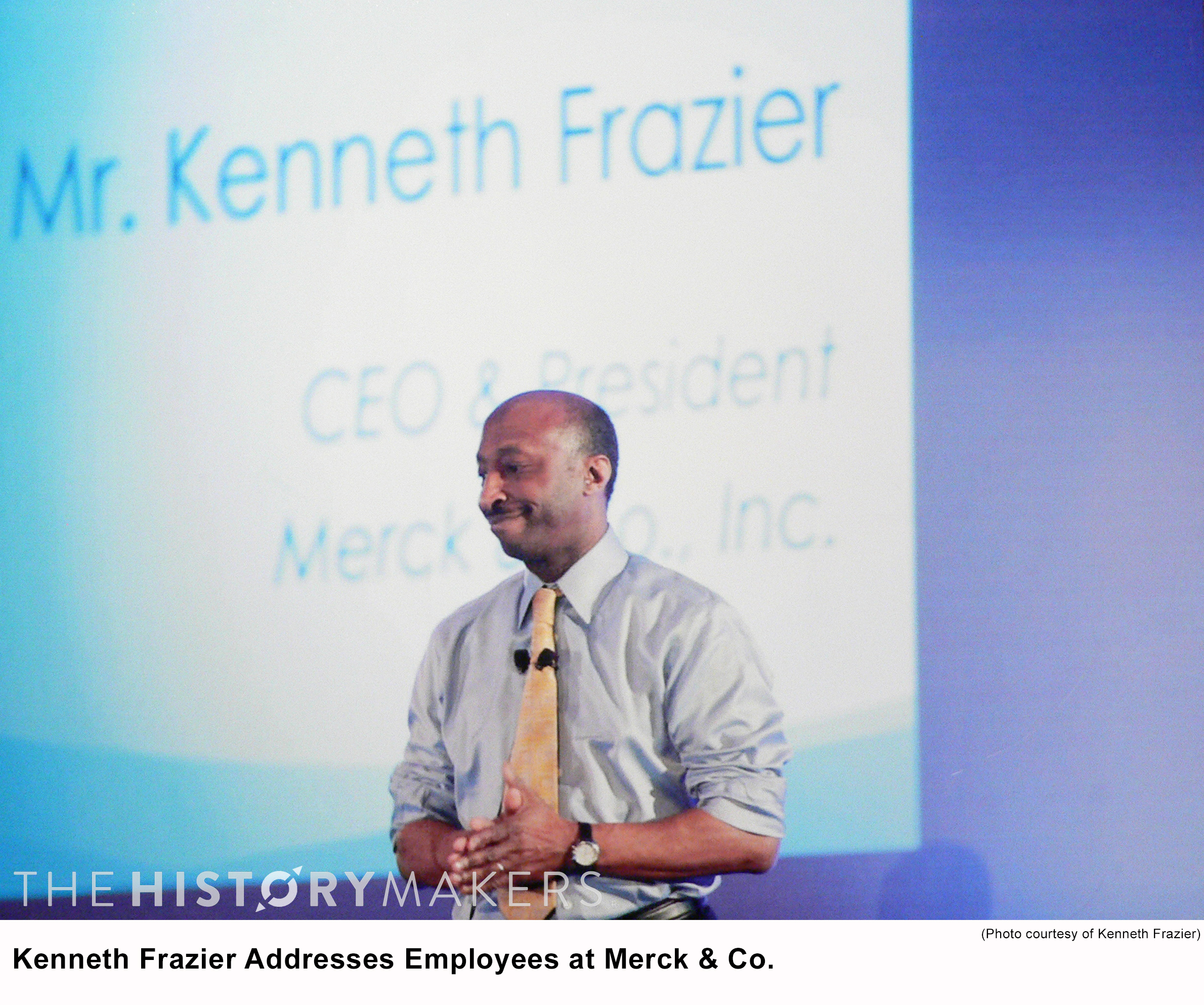