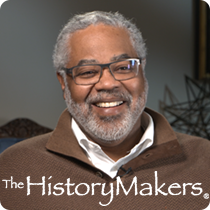 "A hard head leads to a sore behind."

Corporate executive Kenneth Bacon was born on October 12, 1954 in Houston, Texas. He earned his B.A. degree in anthropology from Stanford University in Stanford, California in 1976, and earned his M.Sc. degree in international relations from the London School of Economics and Political Science where he studied as a Marshall Scholar in London, England in 1980. Bacon received his M.B.A. degree from Harvard Business School in Cambridge, Massachusetts in 1982.

Bacon began his career as a vice president at Kidder, Peabody & Co. in New York in 1982. In 1987, he joined Morgan Stanley as a vice president. Bacon then became director of the office of securitization for Resolution and Trust Company in Washington, D.C. in 1990. He remained in that position until 1993, when he became an executive vice president at Fannie Mae. In 1998, he was hired to lead Fannie Mae’s American Communities Fund. In 2005, he became the executive vice president of housing and community development at Fannie Mae until 2012. Bacon co-founded Railfield Realty Partners in 2012 and served as its managing partner. In 2017, he was named as the director for the Fannie Mae Foundation.

Bacon was awarded the Order of the British Empire for his contributions to the Marshall Scholars program.

Bacon served on the board of directors for Comcast Corporation, Ally Financial, Forest City Realty Trust, the National Multifamily Housing Council, the Real Estate Roundtable, The Urban Land Institute, the Stanford Center on Longevity, Bentall Kennedy Management (U.S.) Limited Partnership, and Welltower, Inc. He also served as the vice chairman of the Real Estate Executive Council. Bacon was a member of the Pension Real Estate Association and a member of the advisory board at Shift Capital, LLC as well. Bacon also was active in several non-profit and trade groups serving on the boards of the Corporation for Supportive Housing and the Real Estate Executive Council. A former Stanford University trustee, Bacon was a member of the Stanford Parent’s Advisory Board.

Bacon and his wife, Judy; have one son, Daniel and one daughter, Kimberly.

Kenneth Bacon was interviewed by The HistoryMakers on February 2, 2017.