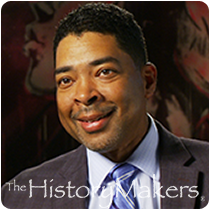 Media executive and magazine publishing entrepreneur Keith T. Clinkscales was born on January 7, 1964 in Bridgeport, Connecticut. He received his B.S. degree in accounting and finance from Florida A&M University in 1986, and his M.B.A. degree from Harvard Business School in 1990.

In 1988, Clinkscales co-founded Urban Profile magazine and served as publisher and editor-in-chief until 1992, when he sold the publication to Career Communications Group. He then helped Quincy Jones establish Vibe magazine in 1993 and was named president and chief executive officer. He also founded the publication's digital counterpart, Vibe.com, in 1994, and helped launch Vibe’s Blaze magazine in 1998. From 1999 to 2003, Clinkscales co-founded and served as chairman and chief executive officer of Vanguarde Media, publisher of Honey, Heart & Soul and Savoy magazines.

In 2005, Clinkscales was hired to work for ESPN as senior vice president and general manager of ESPN Publishing. In 2007, he was named ESPN’s senior vice president of content development and enterprises, where he served as executive producer for ESPN Films’ documentaries, and scripted and unscripted projects including the 2011 launched Year of the Quarter Back; the acclaimed and Emmy-nominated 30 for 30 documentary series, Black Magic; Ali Rap; Kobe Doin’ Work; Renee; Catching Hell; A Race Story: Wendell Scott; The Tribeca Sports Film Festival; Elite 24; and the highest rated documentary in ESPN’s history, The Fab Five. Clinkscales was co-creator of ESPN’s award-winning TV magazine show E:60, the Homecoming with Rick Reilly show, and the adapted SportsNation show. He also oversaw the ESPN Classic network, ESPN Books, the ESPYs, and the X Games.

His honors include two National Association of Black Journalists (NABJ) Excellence in Journalism Awards, two Peabody Awards, the National Magazine Award, and an Emmy nomination. In 2008, he was named one of Diversity MBA Magazine’s “Top 100 under 50 Diverse Corporate Executives.” In 2007 and 2009, Clinkscales was listed among the “Top 50 Minorities in Cable” by Cableworld Magazine; in 2014, he appeared on the CableFax Magazine “Top 100 Executives in Cable” list. Clinkscales has served as treasurer of the Apollo Theater Foundation Board of Trustees, as a member of PepsiCo’s Multicultural Advisory Board, and a member of the Advisory Board at UrbanWorld Media, Inc. Since 2012, he has served on the Board of Directors for Florida A&M University (FAMU) Foundation and the Board of Visitors for Howard University’s School of Communications.

Keith Clinkscales was interviewed by The HistoryMakers on July 18, 2014.