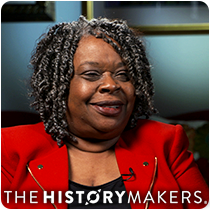 "All Things Are Possible"

She began her career in education as a teacher at Edison Elementary School in the Salt Lake City Public School District in 1975. She returned to California, where she joined the Los Angeles Unified School District, where she taught largely Mexican-American students in inner city Los Angeles. Christy returned to Utah in 1985 to accept a State Office of Education post as an equity specialist. In 1993, she was selected as principal of Bonneville Elementary in Salt Lake City, a position she held for five years. In 1998, Christy was named assistant superintendent for equity and advocacy in the Salt Lake City School District. She has worked in the area of diversity and multicultural education and she has conducted numerous trainings and presentations on diversity issues. She retired in 2017.

Her board memberships included the Utah Commission on Criminal and Juvenile Justice as part of the Office of the Governor for the State of Utah, The Center for Documentary Expression and Art, Utah Foster Care, and the Intermountain Primary Children's Hospital. In 2008, she served as chairwoman of the board of directors for the inaugural Pastor France A. Davis University of Utah Scholarship Fund, raising funds for scholarships specifically to assist traditionally marginalized African-American students.

She is the recipient of numerous awards including the NAACP Albert B. Fritz Civil Rights Worker of the Year Award, Educator of the Year Award by the Omega Psi Phi Iota Iota Iota Chapter in Salt Lake City and the KUTV 2017 Pioneers of Progress
Award for Education, Health and Humanitarian Assistance.

Kathleen and her husband Raymond Christy have three adult children and six grandchildren.

Kathleen Christy was interviewed by The HistoryMakers on January 17, 2018.