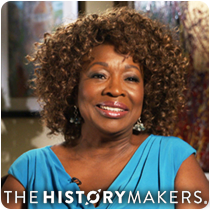 "Do Unto Others As You Would Have Others Do Unto You."

Jazz singer and nonprofit executive Kathleen Bertrand was born on October 17, 1951 in Atlanta, Georgia to Nan Jackson and William Jackson. Bertrand graduated from Henry W. Grady High School in 1969, and earned her B.S. degree in English from Spelman College in 1973.

From 1974 to 1978, Bertrand worked as Spelman College's director of alumni affairs. In 1983, Bertrand became a membership account executive for the Atlanta Convention & Visitors Bureau (ACVB), a private, non-profit organization. Later, she became the organization’s advertising and membership manager before becoming ACVB’s vice president of membership and community affairs in 1990. In this position, Bertrand launched a number of projects in Atlanta, including: Diversity in the Hospitality Industry Summit, the Hospitality Student Summit and ACVB’s Diversity Marketing Advisory Council. She also developed Atlanta Heritage, an annual visitor’s guide targeted at African American tourists. Bertrand became senior vice president of community and government affairs at ACVB; and in 2007, founded Hospitality Industry Professionals, a networking organization for those of diverse hospitality backgrounds.

An accomplished singer, Bertrand performed at the 1992, 1994 and 1996 Olympic Games. In 1999, she independently released her first jazz album, All of Me. Then, in 2002, she penned the national theme song, “What They See is What They’ll Be” for the 100 Black Men of America, Inc. That same year, Bertrand recorded her second album, No Regrets, which was released by Gold Circle Records, followed by her third album, Reasons for the Season. In 2006, she recorded her fourth album, New Standards. Then, in 2009, Bertrand co-founded the BronzeLens Film Festival of Atlanta. BronzeLens was a founding partner of Ava DuVernay’s African American Film Festival Releasing Movement. Bertrand released her fifth album, Katharsis, in 2011. Bertrand has opened for a number of performers, including: Tony Bennett, Ray Charles, Rachelle Ferrell and Roy Ayers. Additionally, she performed the National Anthem for several of Atlanta’s professional sports teams, as well as for former Presidents Bill Clinton and George W. Bush.

Bertrand served on the Grady Hospitality Academy Industry Advisory Board, the MACOC Education Committee, the Advisory Board for North Atlanta High School Hospitality Program, the Tourism and Hospitality Advisory Committee of Atlanta Technical College, the Black Women’s Film Network, and the Atlanta Community Food Bank. She was recognized as the Atlanta Business Chronicle’s Top Hospitality Industry Leader, one of Atlanta’s Top 100 Black Women of Influence by the Atlanta Business League, and as the Most Influential African Americans in the Meetings & Tourism Industry by Black Meetings & Tourism Magazine.

Kathleen Bertrand was interviewed by The HistoryMakers on October 3, 2016.